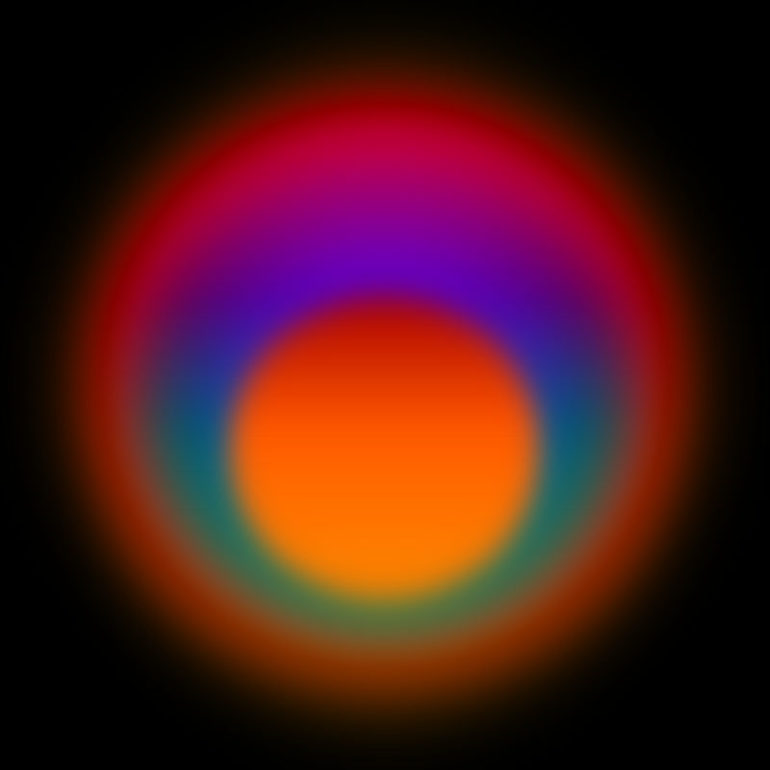 Abstract:
The videos in this series were inspired by the early phase shift music of Steve Reich. The first one that was created analogously sets two colors, each of which is cycling through all the colors in the spectrum, against each other as they slowly go out of phase. They come back into phase after roughly 15 minutes at which point the piece will seamlessly loop. Although in other pieces from this series, the shapes and arrangements of shapes, and some of the color patterns become more complex over time, at the basic level the generative system remains the same. These pieces can be experienced on different levels. They are visually quite beautiful, and set up an ever changing pattern of interesting color relationships. They create unusual optical effects -for example, the shapes sometimes appear to change size, or even move, when in reality nothing except the colors is ever altered. Additionally, like abstract art in general, their interpretation is open to the viewer’s discretion. And finally, for many they create an absorbing meditative experience.

Biography:
Dennis Summers has exhibited artwork in a wide range of genres and media internationally 20 years. His on-going global memorial artwork “The Crying Post Project,” was begun in 2001. In stark contrast, in 2005 he began a series of digitally created abstract “color field” videos. One of these was a purchase prize winner in the Bienal Internacional de Arte Contemporáneo, in Almeria, Spain, 2006. These videos have been described as mesmerizing, beautiful and complex. His artists books and videos are in the collections of several major museums.