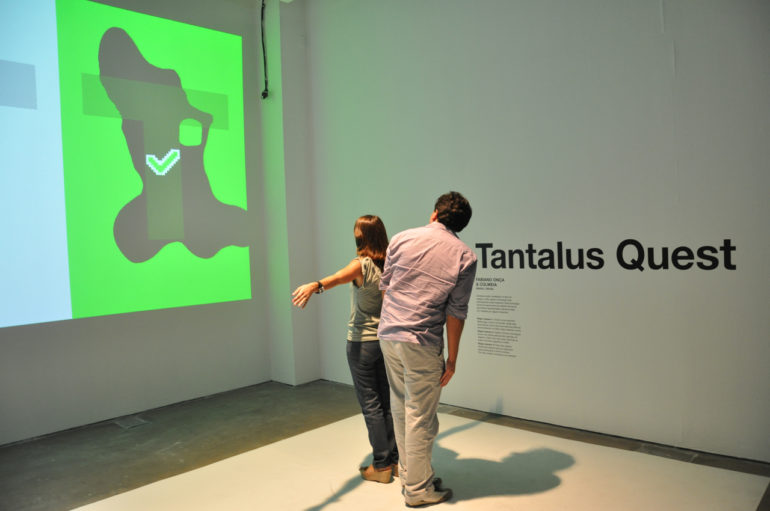 Abstract:
“Go, my son, be always the best and exceed the others.” The lapidary phrase of king Peleus to his son, Achilles, when he was embarking to Troy, defines quite well the spirit through which our civilization, since then, has roamed its ways, both in life and in game. This way of playing is what Caillois sees, in his game classification, as agon, contention. Be it in a chess game or before a famous electronic game such as Enduro, or still immersed in new classics as Halo, the Greek ideal of aristoi — to win by excellence, to triumph over other men or even over machines that simulate human intelligence — is subjacent. What matters is, after all, to bathe in victory’s glory to, right after, the impetus of conquest satiated, to go back to a new challenge — the Greeks to another war, gamers to another game. But what to think before a game gender whose main feature is precisely to steal from its participants the final climax of conquest? What to say of MMORPGs, games that enmesh people in an endless net made of tasks, missions, supports, alliances, contends and revenges among people and guilds? Where victory bathes all tasks, to the point of pervading everything — and, consequently, not materializing anywhere? What powerful civilizing pillar this gender shakes, when it apparently offers agon to gamers, but in fact transmutes its nature, eventually offering to the new warriors an eternal plight, a sweet torment of Tantalus, where final victory always seems close, but in fact is always distant? That is the questioning of the apparatus beside. Balls, triangles, squares. What matters is no longer victory, but the collective transpiration, the fight to accomplish a goal. Let the goals come. Balls, crosses, rectangles, or, if you wish, dragons, minotaurs, trolls. What matters is being together, is to battle collectively against hardships and to conquer victory together. After all, what supports this shift? What, in this gender, really matters: to win or, as Maffesoli insists, to belong?

Biography:
Fabiano Alves Onça, 34, was born in São Paulo, is married and since he was a boy, a big games fan. It was this passion that made this journalist, graduated from University of São Paulo, create at 20 his first board game. From then on, games have more and more appeared in his life, in several ways. As a journalist, Fabiano was responsible for the creation of the game channel at site Terra, and later of the extinct Super 11, where he helped to create one of the first and most popular game servers in Brazil. Presently he is a columnist (for games, of course!) at “Playboy” magazine since 2006, as well as in other publications of Abril publishing house. As a game creator, he has published several titles in the Brazilian market (Malhação 1, Malhação 2, Marvel Heroes, Bob Esponja e o Sanduíche Maluco, Mickey no Zôo, etc…), but the great leap happened in 2004, when he became the first (and up to now, the only) Brazilian to win, with the game Waka-Waka Island, the 23rd edition of the renowned international tourney of board games promoted by the Paris game libraries. In 2008, that game was published in Germany with the title Vineta. In the academic field, he obtained his master’s degree from University of São Paulo in 2007. His paper was about the MMORPGs universe and our conceptions on what is to play. In 2005 he was honored with the publication of an article by FILE. | Colmeia “bee hive” in Portuguese. At colmeia, we make interactive experiences (whether branded or not) to tell and distribute stories. To build relationships. To entertain and engage people. To make it happen, we put together content and software, and give it a stir. We develop and remix technology whenever necessary, with the same passion than when we shoot films. We are a full-service digital production company. Every project is a different story. And yes, we love it like this.