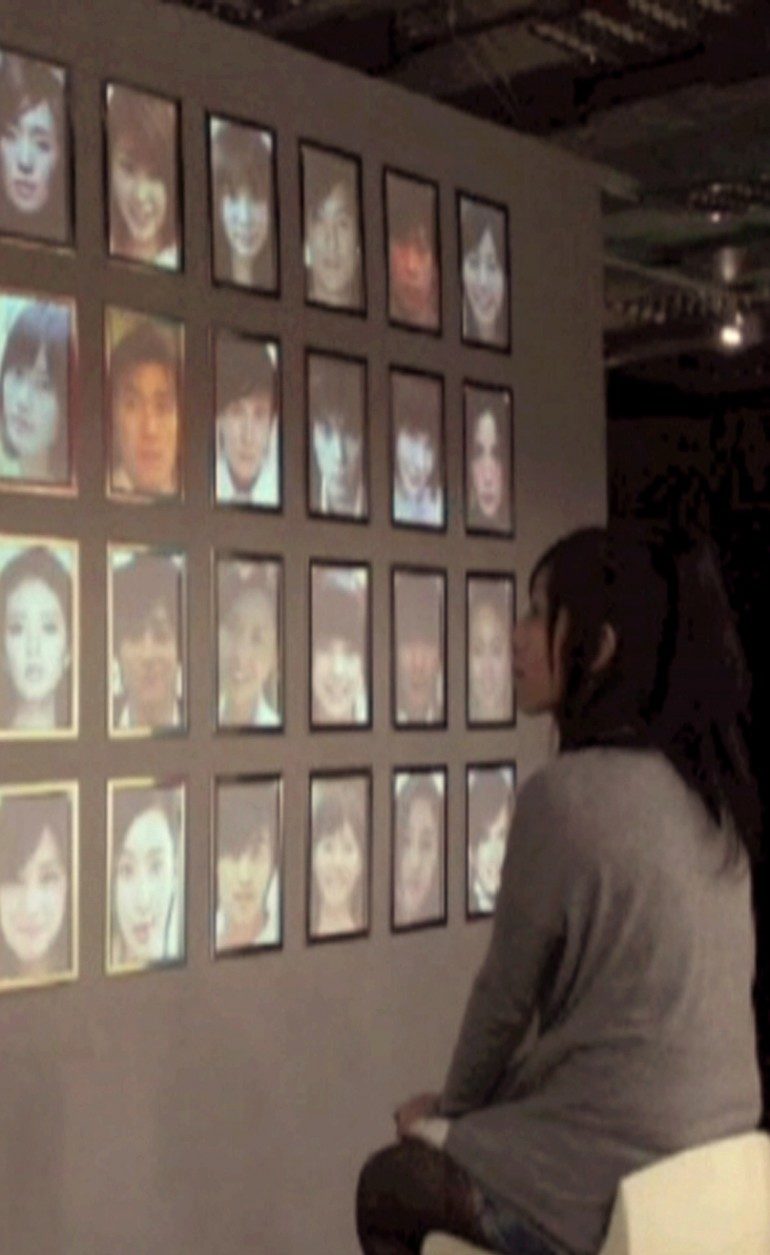 Abstract:
The rapid emergence of the Internet, Facebook, Youtube, and others have allowed the ordinary people to come closer to celebrities. This also echoes the prophecy by Andy Warhol, the father of Pop Art: In the future, everyone will be world-famous for fifteen minutes. “Somebody-Nobody-Everybody” utilizes a 4×11 array of screens to present the continuous metamorphosis of “portraits” and provide viewers an opportunity for reflection. First, the transitions between babies/elders and beauties in laymen culture remind viewers to contemplate the illusion of time and the reality of life. Additionally, it prepares viewers to see the true “face” behind the “surface” of daily objects and subjects. Then, through the transition between pop culture celebrities and viewers, this work attempts to penetrate the yearning of celebrity culture for the self, and to further deconstruct the “Mirror Stage” relationship. This Mirror Stage relationship is much like the value judgments we often project when we look at other people. When taking in mass amounts of information, we are looking at everything related to what we are thinking, which is similar to looking at a mirror.

“Viewing” and the Mirror Stage theory allow the yearning between celebrity and the self to be linked together. The work uses a high-speed camera to capture the viewer’s images, and then apply the head orientation estimation techniques to determine the viewer’s attention. Then, it transforms the portrait being viewed into that of the viewer’s own face, pointing out that there is actually no difference between pop culture celebrities and them. When a person is able to promote their level of awareness and see the reality behind the surface, they will see that there is no difference amongst celebrities, the general population, and themselves. This type of interaction also illustrates a teaching in the Diamond Sutra: All that has a form or a face is illusive and unreal. Through this approach, people may be able to transcend the perception of a self, of a being, of a soul, of a person, and finally enter and experience a status of great compassion.