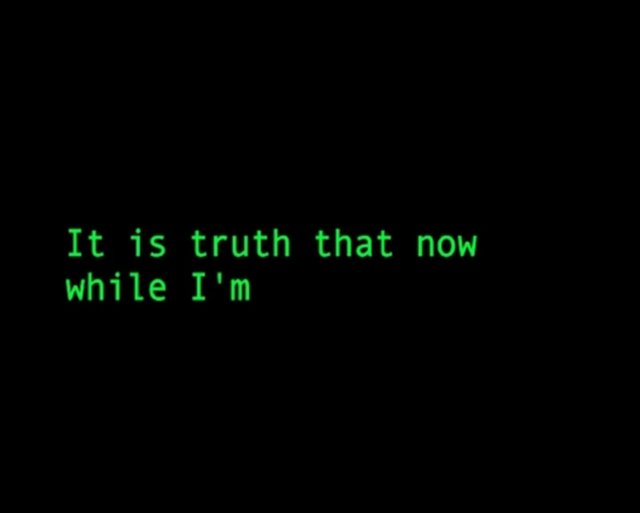 The Voice from the Loudspeaker

Abstract:
The video and audio “The Voice from the Loudspeaker” (2006) is derived from the audio work of the same name by musicologist, artist and theorist Vladan Radovanovic, who has since the 1950’s explored the correlations of music, plastic arts and new media. The instance is the key definition, sometimes gradually being formed within the actual structure of the work. What is particular about “Voice from the Loudspeaker” (launched in the form of a vinyl disc in 1975) is the gradual production of meaning within the work itself. In this case, it is produced by speech and listening. The voice that comes out from the speakers is self-referentially taking issue with the communication situation that we actually witness. Someone (the author) is saying something, while technology is mediating, and we are listening. “Voice from the Loudspeaker” draws its capacities precisely from the many-sidedness of the identification of the instance that addresses us. Reproducing the original audio recording in a text-to-speech application, the human voice is translated in a depersonalized digital simulacrum.