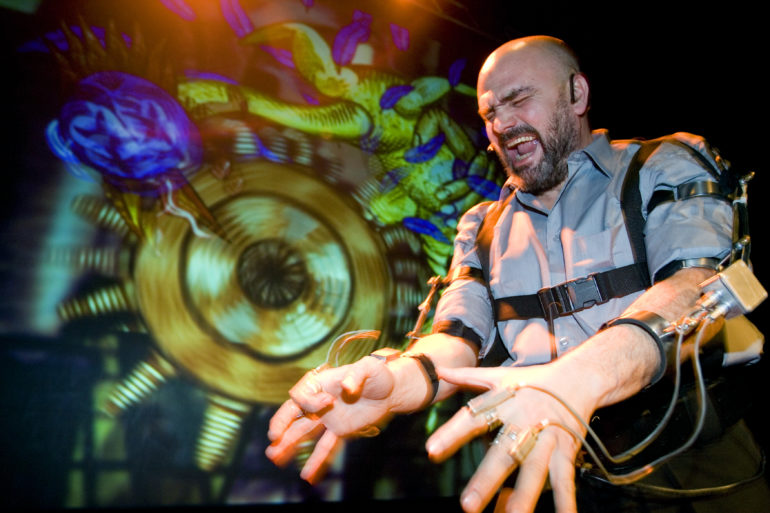 Abstract:
The argument of “Protomembrane” is a theoretical lesson on Systematurgy — literally, the dramaturgy of computing systems, which serves to weave a kind of Latin novel, a narrative full of fables. Beyond images and sound, this interactive story uses other devices, such as a camera/pistol that allows capturing different faces of the public and introduce them in the performance as faces in the later animations.