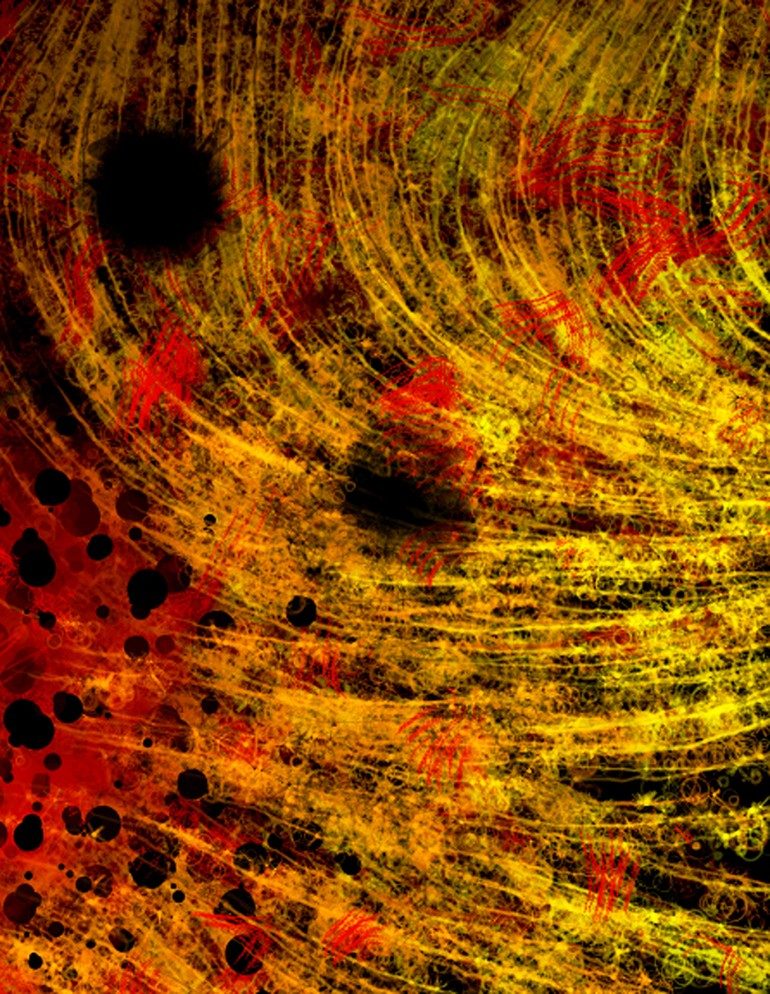 Anatomy of a Poem

Abstract:
This work depicts a famous ancient Chinese poem “Drinking Alone under the Moon” by representing the rhyme and tonal prosody of the poem in synthesized sound/music and programming generated graphics. This work starts from a voice reading the poem while it appears in calligraphy on screen. Then the pitch contours of the words are extracted, synthesized or imposed on acoustic Chinese instruments. Meanwhile the visual aggressively develops into a mixture of calligraphy, ink drops and other abstract patterns.