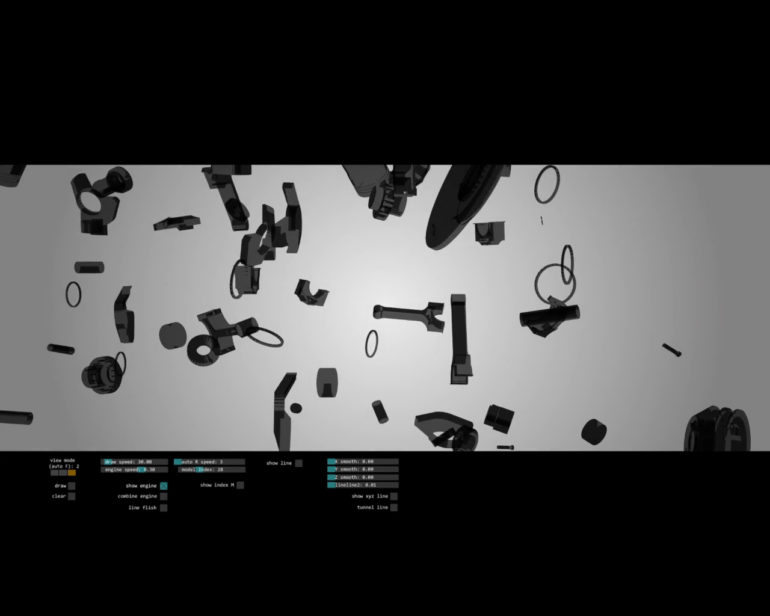 Abstract:
“Code: E” is an audio-visual work which is based on the engine as the main element. Composed using Quartz Composer and Ableton Live, the piece is a hybrid between realtime debug-view and animation. Camera orbits about engine cylinders dispersed in three-dimensional space. As the beat assembles, this processing not only fuels the visuals and sound, but also shows some abstract concepts, such as weightlessness, energy, speed and perpetual.

Biography:
“RMBit” is the youngest new media performance group in China. The members of “RMBit” are from Open Media Lab of China Academy of Arts. They are Wang Zhipeng, Weng Wei, Hsiung Chengkai and Shi Zheng who specialize in interactive audio-visual live performance, program development, social media sarcasm and data mashup. The performance form is about “role play” (e.g. hackers) of collecting and tampering data.