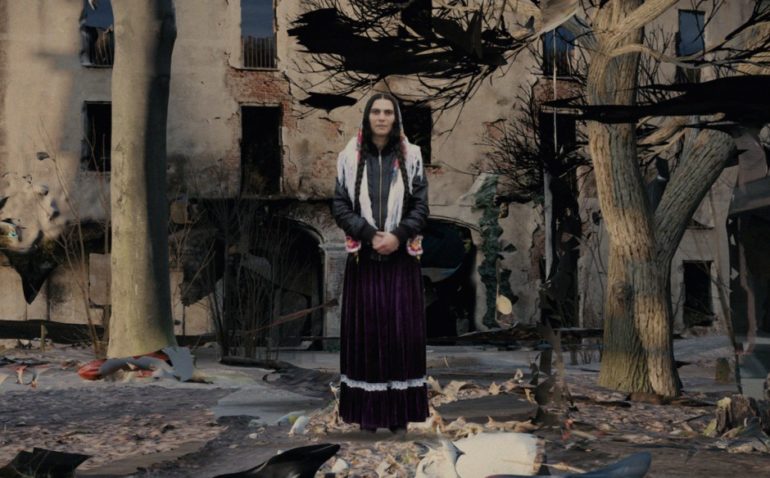 Abstract:
The film reconstructs a day of demonstrations which followed the accusation of a 16-year-old girl in Northern Italy who claimed to have been raped by two Romani man. In recreating these events, I was interested by how these demonstrations degenerated into a pogrom. My first question was: what images or voices could narrate such an event?

Biography:
Ronny Trocker was born in 1978 in Bozen (Italy) and grew up in a small mountain village in the Dolomites. After school he followed an internship in a Berlin Sound-Postproduction house. During the three years in Germany and working as a sound assistant he also took part in several works with contemporary musicians, sound artists and theater. In 2004 he started 4 year studies in film directing at Universidad del Cine in Buenos Aires, Argentina, where he made some short- and two documentary movies. Back in Europe he participated at Berlinale Talent Campus in 2008 and moved to Bruxelles with his family. From 2011 to 2013 he benefits of a scholarship by Le Fresnoy – Studio National des Arts Contemporains in Lille, France. His last short film was produced in collaboration with the Fondation d’entreprise Hermès. Today he lives between Bruxelles, Lille and Berlin.