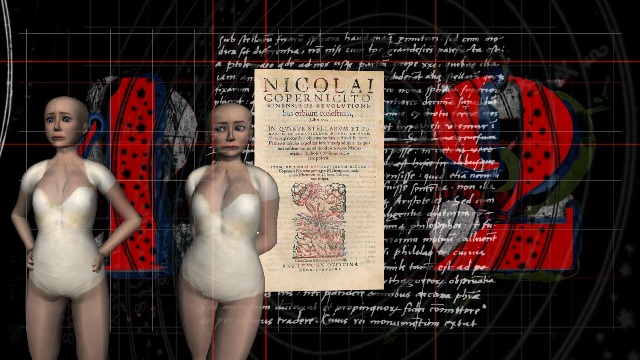 WHY IS THERE SOMETHING? – Susa Bubble Part 6
Israel Myth, The punishment

Abstract:
Why is there Something? Part 5 & 6 are both a chapter of a Bigger Project; The Big Bang. Man has arrived at the time he can make his own man-made Big Bang – which could be of the greatest value to Mankind as the ultimate energy source or it could be the ultimate destruction of Mankind in self-made-annihilation. In the pursuit of this objective – ultimate survival or ultimate destruction – with all the relevant physical and all the relevant moral problems – he has educated himself to try to understand how the Universe started and how Life began. The current thinking is with The Big Bang. Indeed, the pursuit of the Micro-Big-Bang has educated us how to understand the Macro-Big-Bang. The Big Bang, is an inauguration show of the opening of the Copernicus Science Centre in Warsaw, a journey in the past. A travel through 7 world mythic accounts of creation and beginnings to end with our most recent explanation -The theory of The Big Bang. We make this travel to find answers to the questions of Susa Bubble: Why is there Something? Why is there not nothing? We are counting backwards with the atomic table as our countdown, to end with the element Hydrogen as the first atomic number, the element from which it all sprung according to the Big Bang theory. Susa will not find an answer that will satisfy her. One thing she knows for sure is that we are here and that we have to celebrate our existence. We choose strongly to connect to a new media like Second Life because it is like a new universe created on the web.

Biography:
Saskia Boddeke is a multimedia artist living in The Netherlands. Saskia is primarily know for her multimedia music theatre performances and multimedia art installations. Her most recent works are: – The art installation in Castle Amerongen which will open 21 june 2011 – The opening of the science museum in Warsaw with an inauguration projection show: The Big Bang, Why is there something?- on the front facade of the building involving SecondLife as the main source for projection with live performance with 100 dancers. – Children of Uranium: multimedia installation exhibition in Naples and Genoa – Italia – The Blue Planet, expo Zaragoza- Spain and Rome opera house- Italia. – The story of Susa Bubble, a project generated in Second Life. – The Survivor of Warsaw, with Zubin Mehta and Charlotte Rampling in Florence. She has directed several opera’s and stage plays, which have travelled to the main festivals around the world. Her stage work always includes video and new technology. Saskia Boddeke’s main collaborator is the cineaste Peter Greenaway, he has written most of the libretti for her projects.