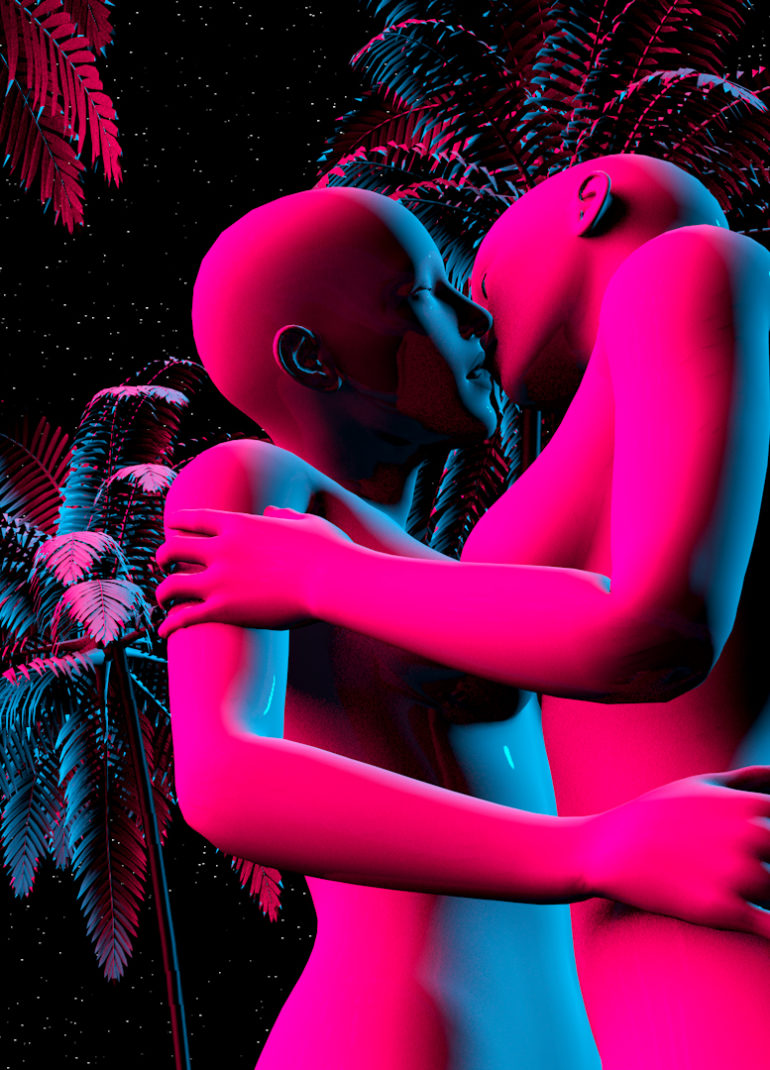 Abstract:
“Lesbos” is a 3D animation which tells the story of the choices of a character who sees herself as trapped in a traditionalist world. Between the different paths she takes and her passage through different worlds, she finds the real reason to change.

Biography:
Designer Bárbara Cani graduated in Industrial Design and specializes in Visual Programming. Her work occupies the space between Design and Digital Art. Since 2013 she has been working on the Concha project, which includes different media such as animation, 3D illustration and new technologies such as 3D scanning. Her work reflects on the body and female sexuality. The project has been shown in national and international shows and exhibitions, as well as having a large number of printed versions, distributed products and digital productions that circulate on various media.