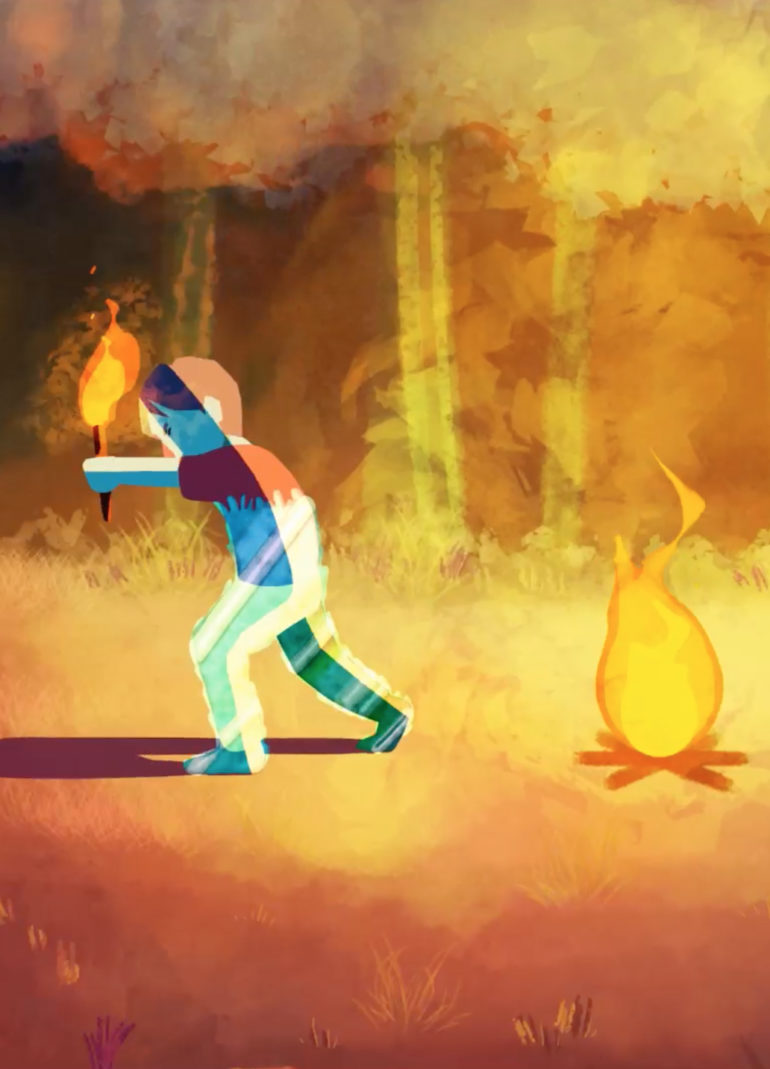 Abstract:
Sitting by a fire, a young boy on the cusp of adolescence feels a wind chill coming on. Afraid of the impending change and trying to hide from reality in his own mind, he instead is pursued by “The Frost Spirit”, who has ventured a great distance – drastically transforming everything he passes – to engage in a final confrontation, pitting old against new, stubbornness against acceptance.
Based on a poem by John Greenleaf Whittier

Biography:
Guilherme Araujo (aka Guima) has graduated in Visual Arts – Graphic Design in UFG (2007). Illustrator and animator, has participated of the International Summer School Program in Character Animation in GOBELINS, l’école de l’image, Paris/France (2012). He worked on own projects like “Marionettes” (2006), “Chaos and Water” (2011) and “Aniz, the little witch apprentice” (2015). He has already participated of several festivals like Animamundi. He contributes with animations for TED-Ed (New York) and The School of Life (London). Along with his brother Iuri, he runs Provincia Studio in Brazil.

Iuri Araujo has Master Degree in Visual Arts – Visual Culture in UFG (2014). Illustrator and animator, he has experience n Game Art, participating in the RPG project Pier Solar and the Great Architects. As animator, he participated for 3 times in Animamundi – International Animation Festival of Brazil, with short films like “Why Girlfriends” and “Masks’s Battle” and specialized in Character Animation by GOBELINS, l ́école de l’image (Paris, France). He contributes with animations for TED-Ed (New York) and The School of Life (London). Along with his brother Guilherme, he runs Provincia Studio in Brazil.