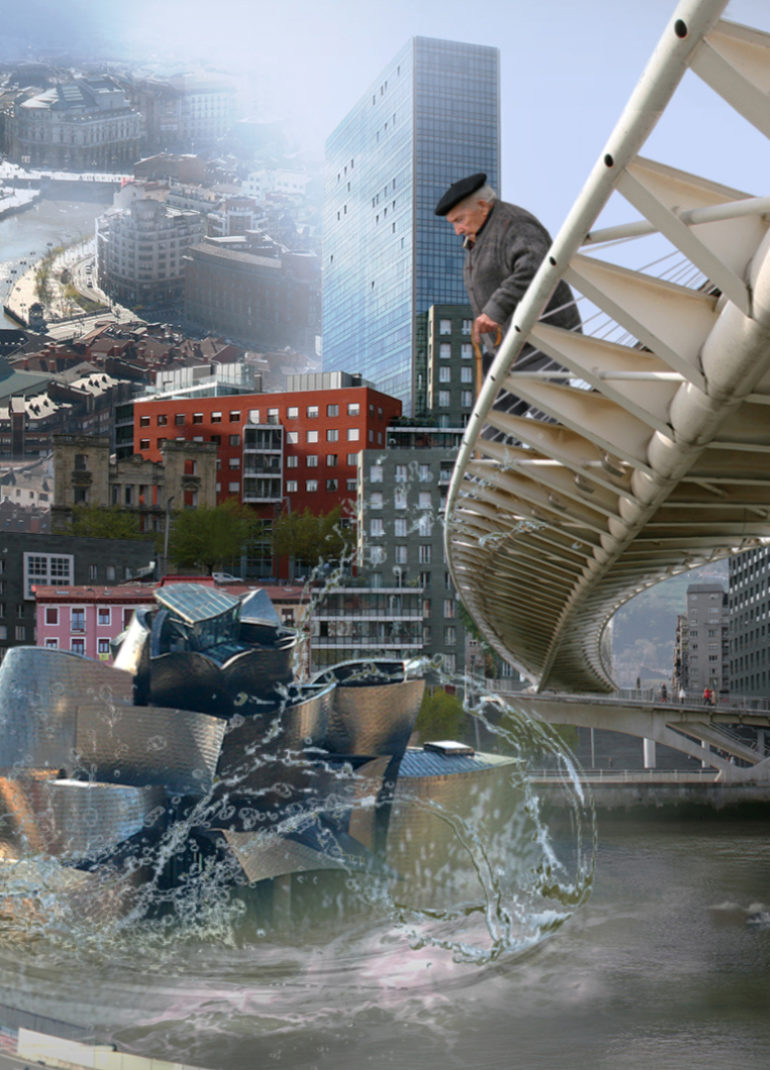 Abstract:
“Bilbo” is part of a series of works titled “Travel Notebooks”. In this project my videos are like carillons and puzzles, that want to show the essence of a city in its manifold aspects and its motion. An avverinistic architecture, made by fantastic animals of galactic prehistory, moving within an industrial-fantasy atmosphere. Bilbao, a city with a strong identity, a mix of old values and love for progress. But, who really are its people? Where do they come from?

Biography:
Silvia De Gennaro lives and works in Rome, Italy. Since 1999 she is a founding member of the Assaus art studio. For fifteen years she has been dealing with digital art, video art and animation. Her works have participated in several video art exhibitions and film festivals around the world, such as: : Bnl Media Art Festival, IT; Video Formes , FR; Current New Media, U.S.A.; F.I.L.E. , BRA; Visionaria, IT; Madatac, ES; Invideo, IT; Magmart, IT; Athens Video Art Festival, GR; Brooklyn Film Festival, U.S.A.; ECU, FR; Interfilm Berlino, D; Nastri d’Argento, IT. Currently her work is divided between the realization of social and political themed video and a project about the city and the perception of the traveler, entitled “Travel Notebooks”.