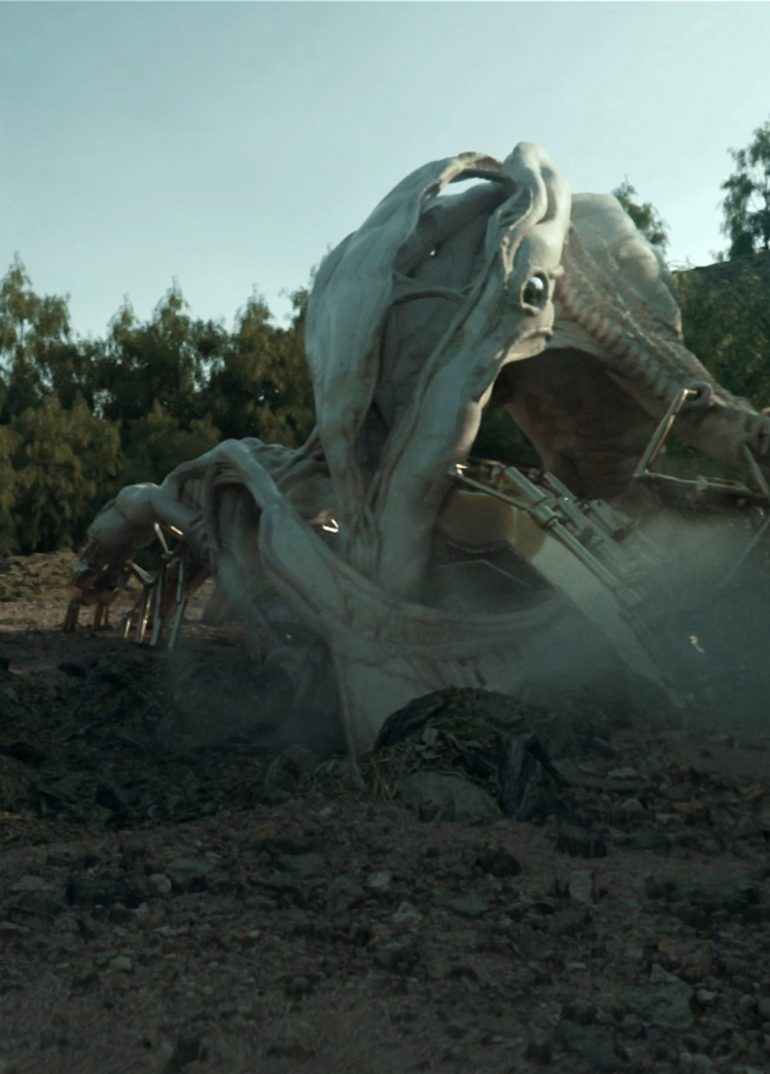 “Ecophagy” is a term coined by Robert Freitas that means the literal consumption of an ecosystem. Freitas used the term to describe a scenario involving molecular nanotechnology gone awry. In this situation (called the grey goo scenario), out-of-control self-replicating nanorobots consume entire ecosystems, resulting in global “ecophagy.” The video depicts various landscapes and environments that have been affected by several unknown anomalous forces (presumably artificial or unearthly).

Bio:
For AUJIK, nature is divided into Refined and Primitive categories. This separation presents a conflict that is the root of all chaos in the world, and in order to reach a sublime state, AUJIK generates rituals to harmonize the organic and synthetic realms. Refined nature consists of evolved technology such as robotics, AI, cybernetics, DNA manipulations, and body enhancements. The Primitive includes fauna, flora, and the Earth itself with its precious stones, minerals, and metals. The pulsating foliage and advanced interfaces that emerge in the biosphere serve as sacred artifacts, visions of a futurist environment.