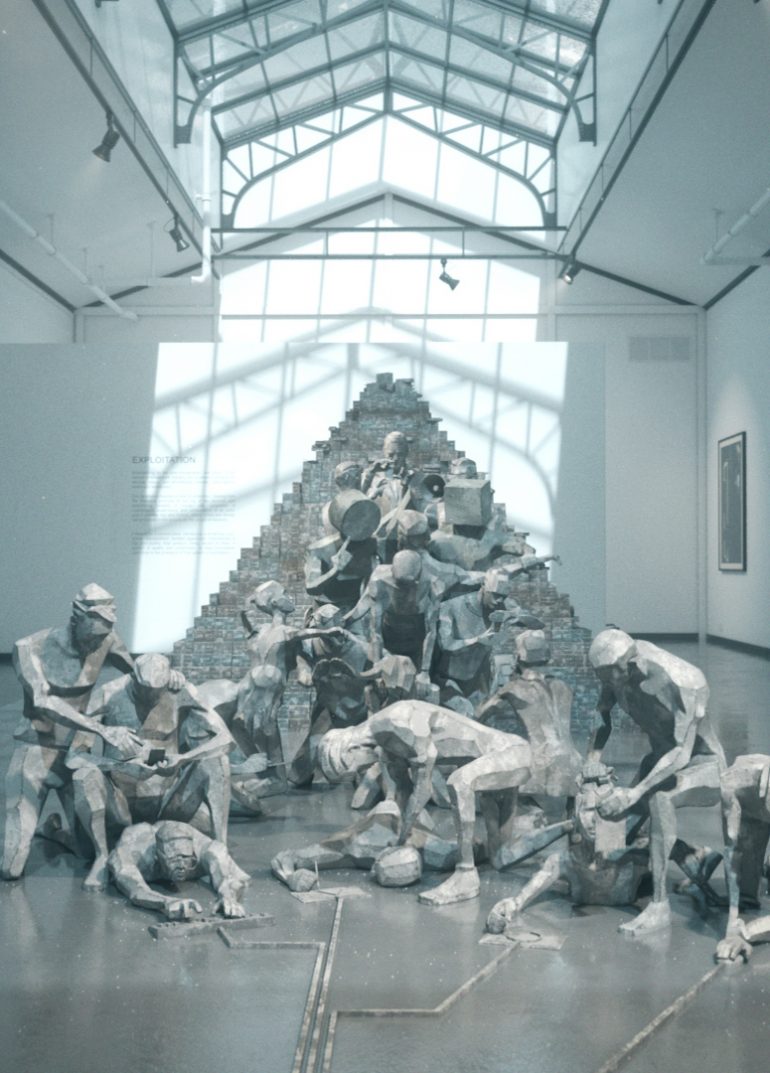 Three full-CG videos forming a triptych, showcasing make-believe installations. The piece plays with the concept of fading borders between traditional and digital mediums. It acts as a deceitful impersonation that tacitly involves a fictional sculptor, depicting a social critique through brutalist aesthetics. We follow his exhibitions from industrial warehouses to art galleries, as his craft gets more established.

Eddy is a 3D artist and filmmaker. After graduating from Créapole design school in Paris, he started his career as a generalist designer. He’s been evolving in many fields since then, from architecture and advertisement to video games and visual effects. Having always experimented with arts outside his dayjob context, he decided in 2019 to establish himself as a fully independent visual artist.