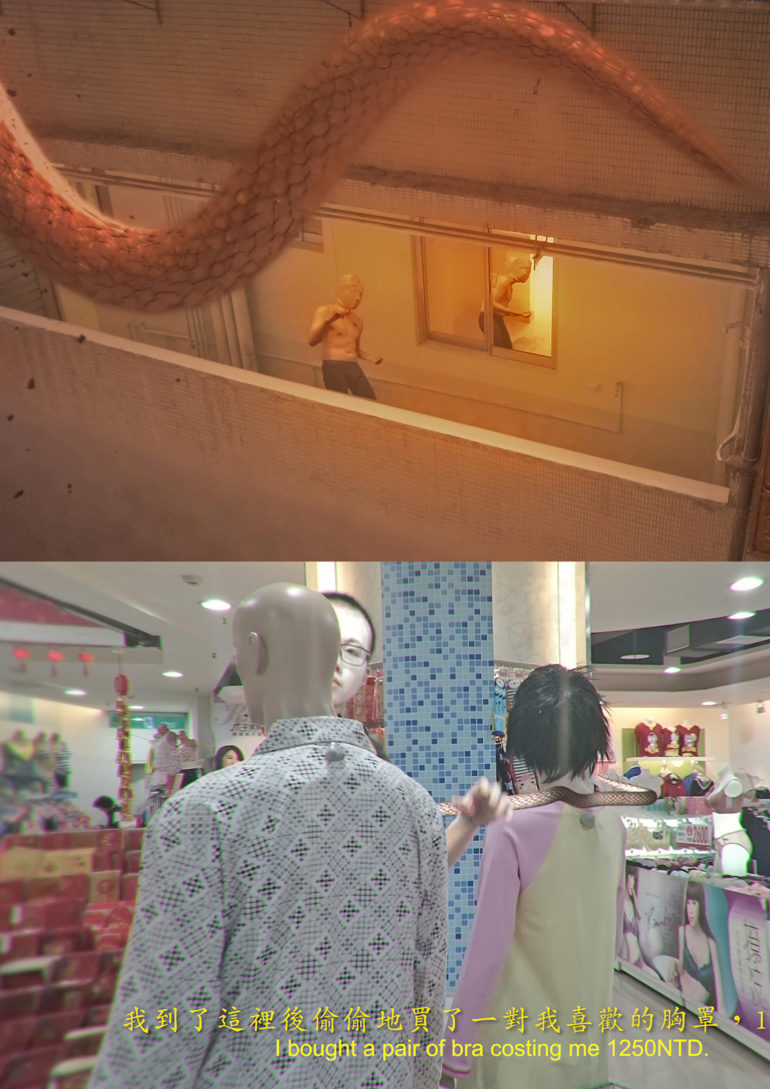 The Sum of Secrets–The Snake in Mind

Abstract:
“The Snake in Mind” is an extremely experimental video that turns the sum of secret slips into a script, beading short episodes finally becoming a long film. The duration and the content of the short film fluctuate continuously according to the numbers of combination of collecting secrets.