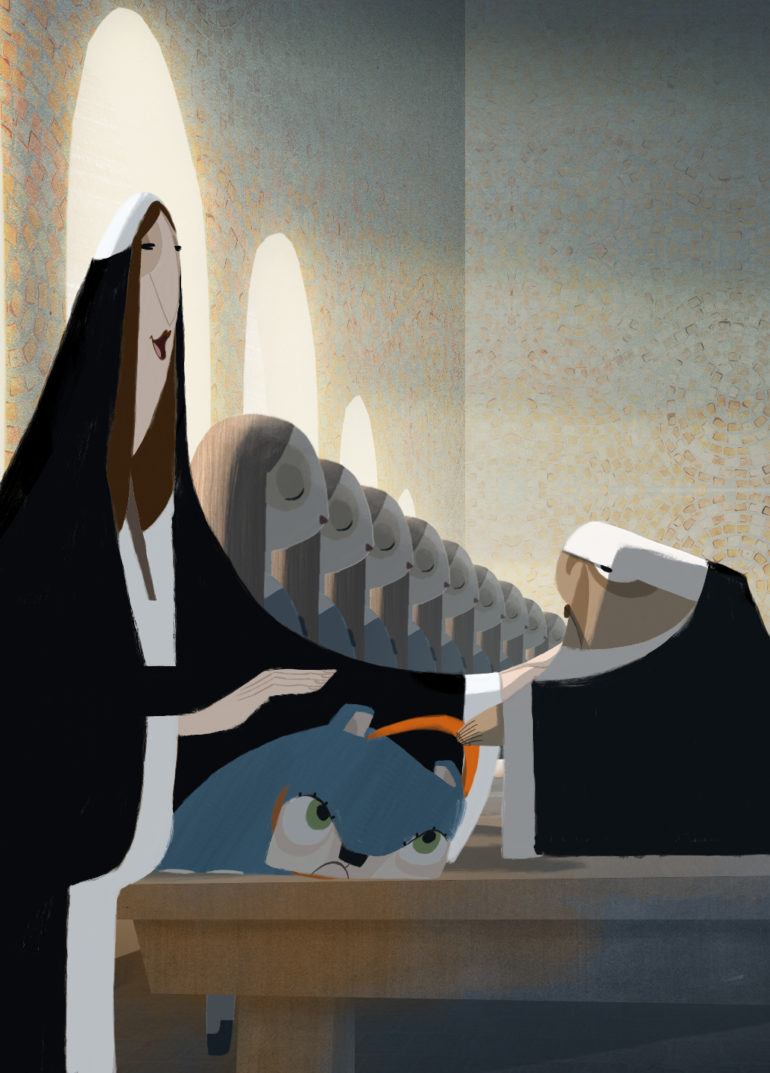 ‘Hund I Himlen’ is an award-winning short film directed by Jeanette Nørgaard, based on the book by Hanne Kvist. The film portraits little girl Lora’s loss of her best friend Dog, sparking a fight between regimentation and individualism. The film has been touring festivals all over the world and several special ‘on the road’ programs, and is used in primary schools, together with the original book by Hanne Kvist. The 2nd edition of the book is illustrated with artwork from the film.

Jeanette Nørgaard is a Danish director and writer, with a Bachelor of Arts in Character Animation from The Animation Workshop in Viborg in 2009. In 2010 she co-founded Nørlum and in 2015 she founded Sønc, a boutique production company making animations for grown-ups.