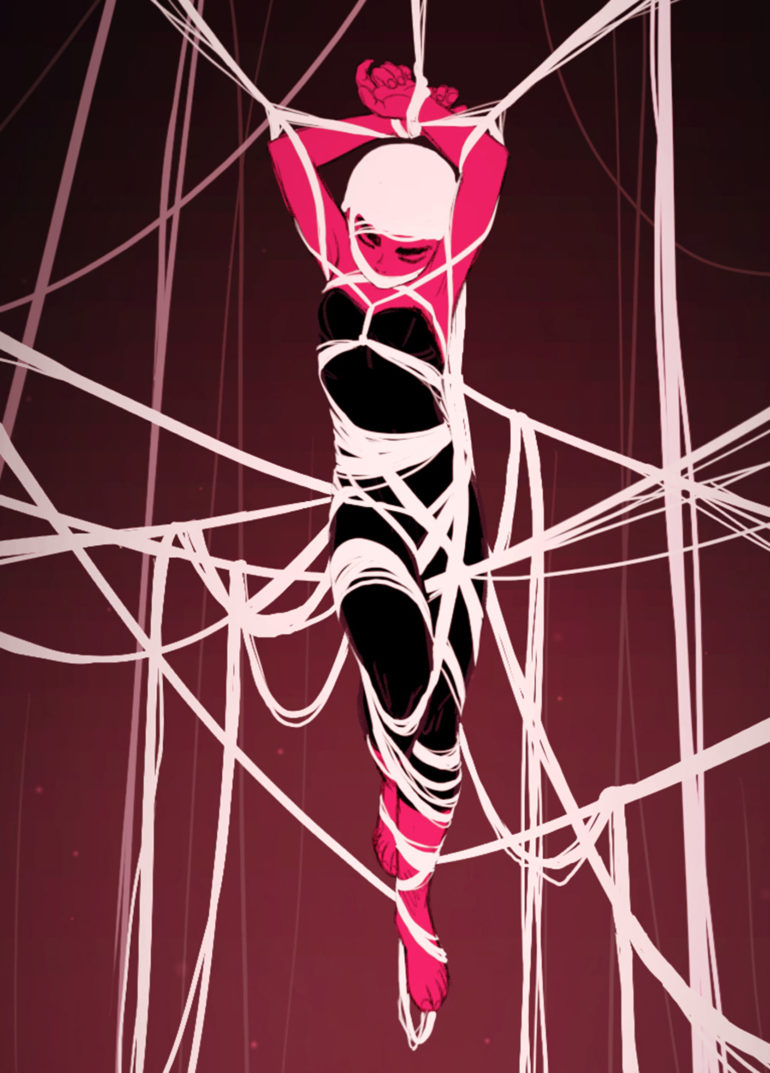 The tallest tower in the world reaches beyond the clouds. A group of valiant knights climb the tower using the long strands of white hair which hang from the colossal tower. The legend says that princess Rapunzel is imprisoned inside. To free her, the knights will have to find her and kill the monster that is holding her prisoner.

Juan Pablo Machado b. 1989, Cali, Colombia. He studied throughout his childhood at the Lycée Français Paul Valéry and graduated from the school in 2012 with a Baccalauréat Diploma in Literature Studies. When Juan came to France, the Emile Cohl School was his first choice, right from the start. For his fourth year he chose the Animated Short Film option, because it matched his ambitions. For his graduation film Juan chose Rapunzel, one of the fairy tales written by the Grimm brothers.