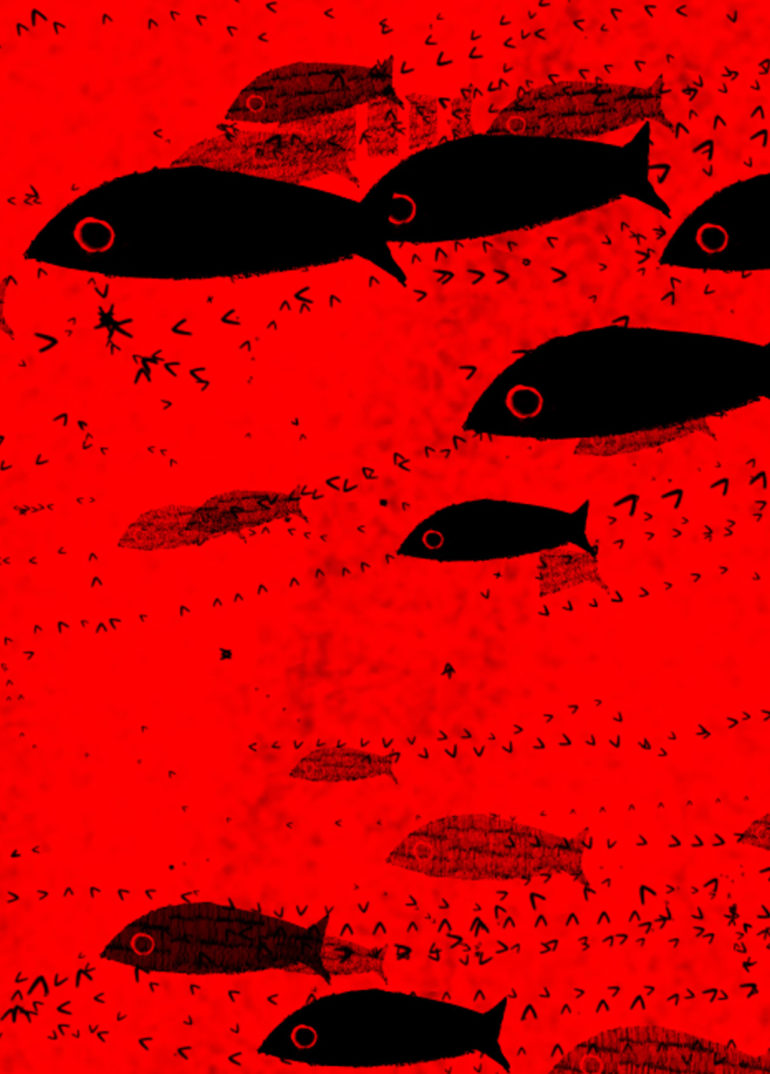 Anafora is an audiovisual work inspired by the Daunia, a tribe of Balkan origin who settled in Apulia (Southern Italy), merging with local Italic population between the 13th and the 9th centuries B.C.

By means of contemporary technology, the electronically-generated rock painting and primordial soundscape, Anafora tells of a world of travels and migrations – a world between the experiences of everyday life (fire, rain, sailing) and that of unfathomable symbolic signs (dances, processions, the worshipping of deities, and death).

Michele Del Prete: After receiving his PhD in Philosophy from the Freie Universität Berlin Michele studied Electronic Music in Venice with Alvise Vidolin and Composition in Graz with Beat Furrer. Conferences and performances in Europe and the Americas. He is currently investigating the understanding of the organ (sound identities, spatial values, performance practices) both as a theoretician and as a composer/performer. He lives in Venice, Italy.

Stefano Delle Monache graduated in Law from the Catholic University of Milan. He received his PhD in Science of Design from the IUAV University of Venice and a diploma in Electronic Music from the Conservatory of Como. He has been Research Assistant at the Aalto University School of Science and Technology and at the University of Padua. As a sound designer he has worked for the Cité Nationale de l’Histoire de l’Immigration (Paris).

Igor Imhoff teaches Computer Animation at the Academy of Fine Arts of Venice and at the Ca’ Foscari University of Venice. His works have been shown at the Bevilacqua La Masa Gallery and A+A Gallery (Venice), Triennale of Milan, OCT Contemporary Art Terminal of Shangai, Museu Belas Artes of São Paulo, in Hong Kong, Bologna, and elsewhere. Awards from Go Short Film Festival 2010, Cosua-Pasinetti (2011), Cinetoro Festival (2013).