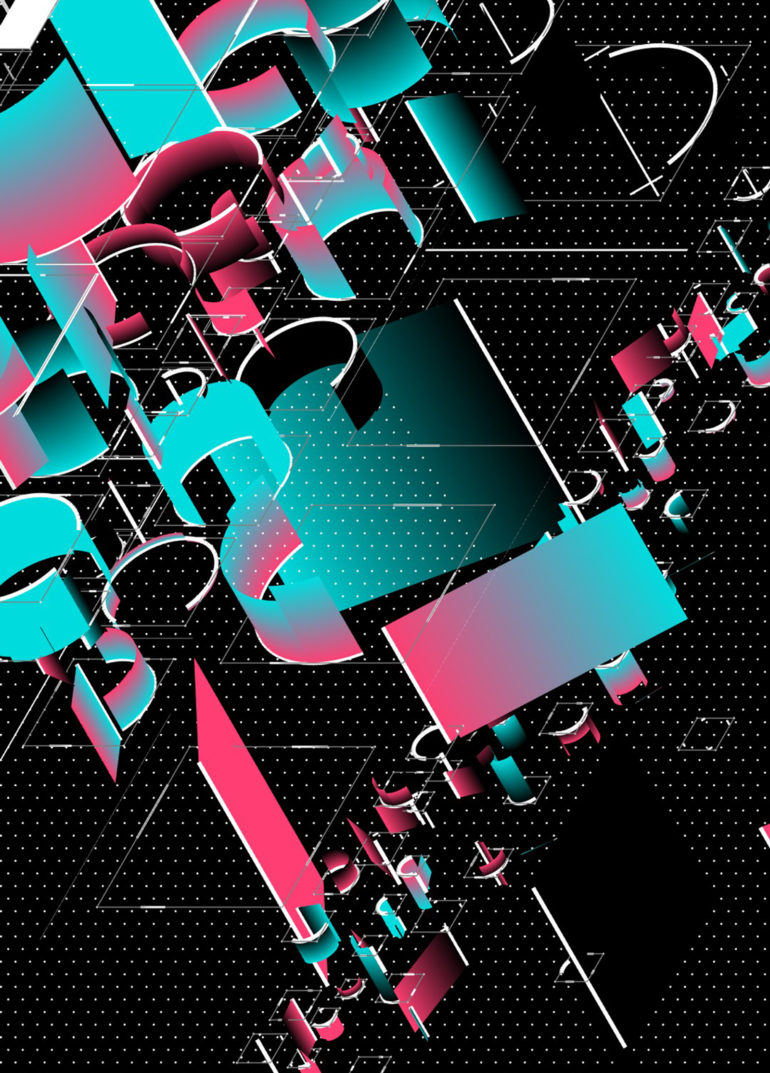 ‘Zero One’ is a collaborative audiovisual project between visual artist and programmer Raven Kwok and producer / music technologist Mike Gao. It consists of multiple interlinked generative systems, each of which has its customized features but collectively share the core concept of an evolving elementary cellular automaton. The entire visual part is programmed and generated using Processing, with minor edits in Premiere during composition.

Mike Gao is a producer and music technologist from Los Angeles. His style is futuristic and forward thinking, always attempting to push the conventions of Hip Hop, the beat scene and bass music to find the next aesthetic while ironically playing with existing idioms and conventions.