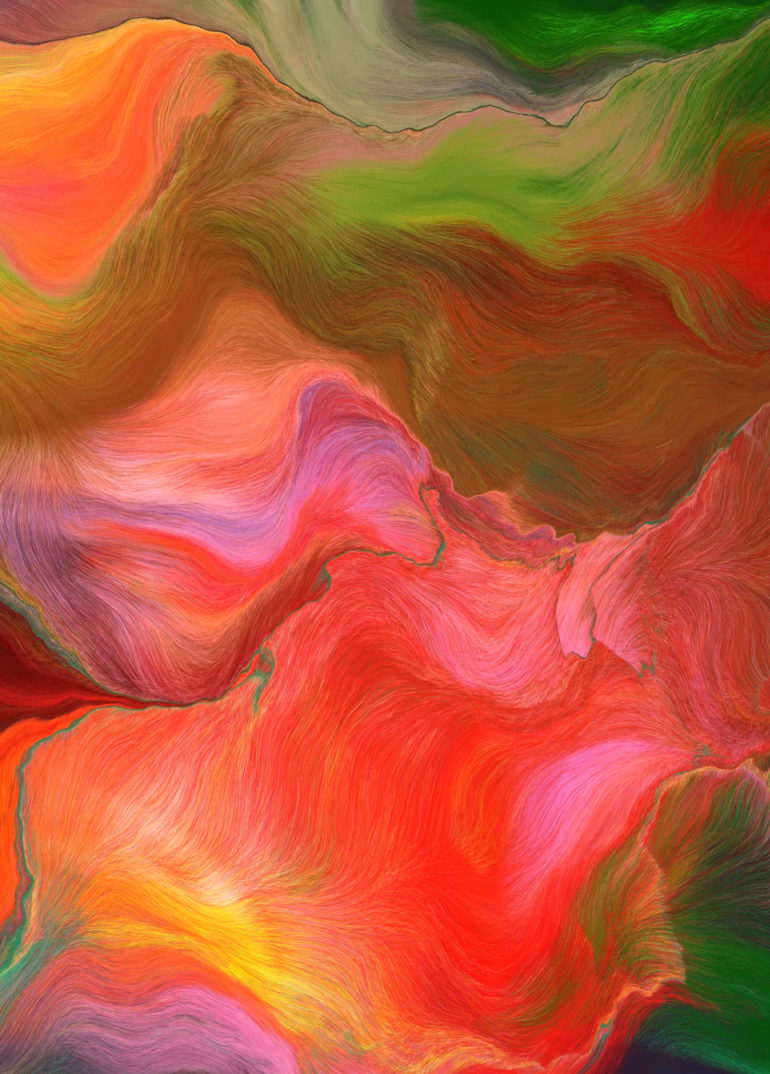 ‘Schwarm’ is a series of images created with a custom-made generative software. A swarm of particles moves over a surface leaving behind colorful traces. Over time, this results in an abstract composition, which develops unpredictably. The software analyzes a sequence of images using their original color values, which it then propagates like a brush spreading paint. The paths taken by the individual lines are influenced by deterministic randomness, which makes each image unique. After a predefined period, a new color composition becomes the source and all values defining shape and direction are renewed.

Andreas Nicolas Fischer graduated from the course taught by Sauter and Ängeslevä at the Berlin University of the Arts. His work has been shown at HEK Basel, Kiasma Helsinki, Eyebeam New York, Todays Art Museum Beijing, LEAP Berlin, DAM Berlin, Film Museum Vienna, Rua Red Art Center Dublin and the SECCA (South Eastern Center for Contemporary Art) in the US. He has performed with the Winston Salem Symphony Orchestra at Glow Festival Eindhoven as well as contributing visuals for the Flying Lotus 2016 tour.