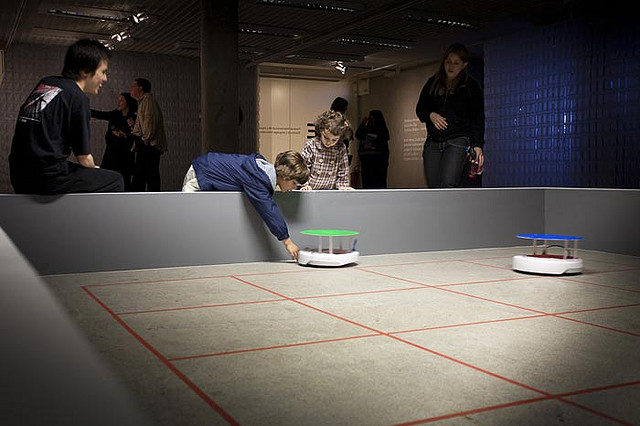 Abstract:
In the AURAL environment, evolutionary music is integrated with an artificial vision system and a community of robots for the production of sound and images. The sonifying system in the AURAL environment applies Evolutionary Computation to generate sound events. The sonifying process is described through populations of clusters and chords, creating a new sonority at each step of the process. The user draws curves with the mouse in a graphical interface, associating with them trajectories that guide the sound production. Mobile robots traverse an arena which is conceptually associated with a sound space. Colored panels are applied on the robots. The behavior of the robots is observed by the artificial vision system, the OmniEye, that tracks the trajectories of the robots by the colors, sending them back to the sonifying system. The AURAL may also be experienced by people using colored hats.