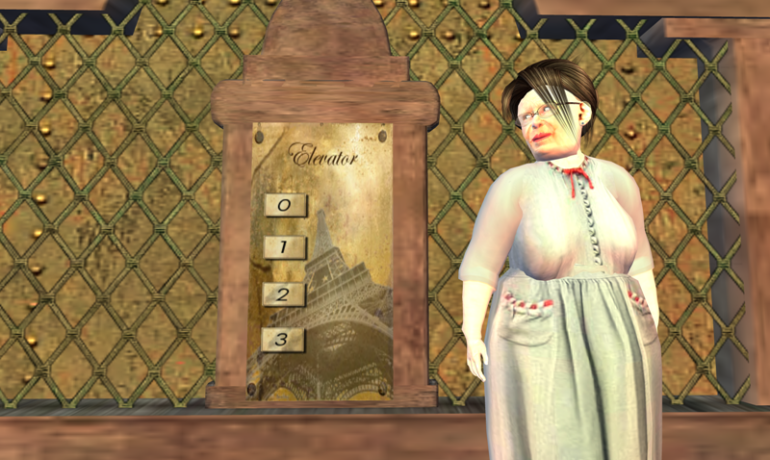 Abstract:
This machinima was made as an experiment. The artist wanted to push the limits and see how long it would take to make a good short film. From the first idea of the story to the rendering of the film were 8 hours. “A Woman’s Trial” is inspired by a short story called Happy Woman, by Louisa May Alcott. It tells an early tale of a feministic view on life, a strong woman that decided to choose her own path in life, right till the end. There is no room for regret, she does make her own choices. She looks back on love, and even though there are some – tainted – memories with a tinge of regret, she knows it is all right.

Biography:
My rl name is Chantal Gerads, avatar/artist name is Chantal Harvey, and my company is MaMachinima.eu. I am a Dutch woman, 52 years old, work freelance for TV in the Netherlands and did several TV projects like Pizza TV (first ever tv-on demand, in the nineties, in Rotterdam). I have been running a local TV station for years in my hometown, from which i retired now – to focus on machinima. I did artschool (goldsmith) in Maastricht, had several expo’s showing oilpaintings in Rotterdam (selftaught), then started filming and did several short documentories and tv-projects. I started machinima in 2007. I have never stopped since, i have over 150 machinima’s online now. I never stick to one genre, I learn and work. I promote machinima when and where ever i can. I founded the MMIF machinima festival in 2009, and produce the 48 hour film project for machinima. I am preparing a feature movie in machinima, under the working titel: control alt delete.