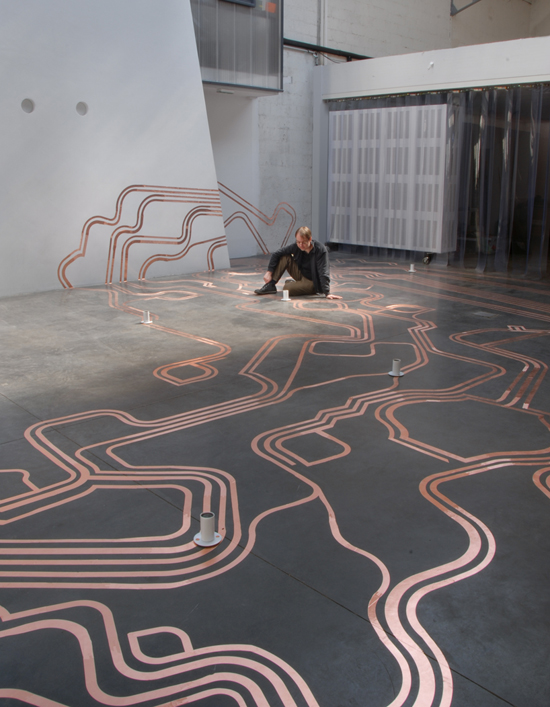 Abstract:
A silent labyrinth created out of open copper trails on the floor carries the electrical signals of a multichannel sound repository. By putting wireless speaker-cylinders on them, the carried soundlayers become audible and the interpretation by the visitors is made possible. The “Offene Schaltkreis” reacts depending on the way how the speakers are used: if nothing is moved, the sounds stay calm and soft, but as soon as a single cylinder is placed elsewhere, the sounds of all speakers intensify simultaneously. This results in a dynamic relation between silence and noise, which is influenced by the visitors.