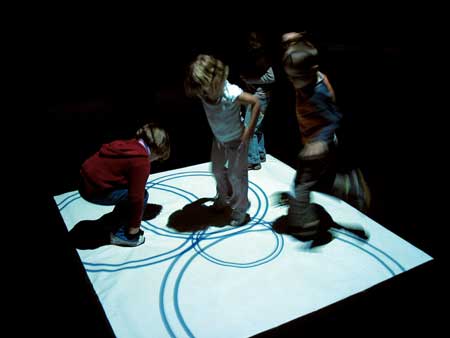 Abstract:
“The structure of play absorbs the player into itself and thus frees him from the burden of taking the initiative, which constitutes the actual strain of existence.” Hans-Georg Gadamer, Truth and Method The “strain of existence” is the work of responsibility. We are tested, evaluated and determined by a world that would prefer to know everything and leave nothing to chance. In the work of art, though, we find relief from the burden of knowledge, the need to know loses traction in the flux between sign and substance. We are absorbed into play as the artist is carried along by the creative process, he has a momentum all of his own, the happenchance of discovery when one thing leads to another. Art emerges as the unpredictable condition, between order and chaos it lays out permutations and activates them. The artistic mode is the creative “set up”, a fluidity of experience whose only burden is the sheer weight of possibility. The artistic composition is a calibrated form of that experience, replayed in the viewer through the perception of forms. There is a moment of stillness for contemplating the work of art, precisely because it has the power to move; to be moved is to be played by the work. There are art movements and there is the movement of art. For art historians, the dynamic of a work can be observed in the conventions of effect. There is a play of light and colour, the interplay of forms, the gesture, the stylistic progression, the school, and at some point a Movement. Conversely, the movement of art as a creative event replaces recognition with action. In the case of abstract expressionists like Jackson Pollock, art literally becomes a movement. To create was to move directly into experience, to come into play by “getting into the picture”. Pollock would lay out his canvas on the floor to feel closer to the painting, walking or even dancing around it in a painterly performance. The pouring, dripping, skimming and splashing of patterns across the surface capture the immediate forces of intention. “When I am painting I am not aware of what I am doing.” The unconscious gesture emphasized the physical act of creation [in German “spiel”, “to play”, originally meant “to dance”]. The unthought experience of “automatic painting” is the play of composition, a sign not of representation but of the event. As Paul Klee once remarked, “not to render the visible, but to render visible.” Aquaplayne lays out a new field of expression by extending the framework for immediate experience. The horizontal plane bypasses recognition and “sets up” an interactive surface, making a play of art by providing the viewer with instant access to the creative flow. In the movement from observation to participation we interface with an intelligent canvas through the automatic rendering of action into effect. The “body in motion” plays across a field of sensation, making the ripples of possibility appear as an ever-changing artwork. Unlike the action painter, whose technique is to offload creative energy in the painterly gesture, the activator retrieves what has already been deposited as data and brings it to the surface, aquaplaning on a stream of information. The virtual is restored to the actuality of expression, brought back to life in the flux between cause and effect, between code and composition. The calibrated experience of Aquaplayne is the art of permutation, the programmed initiative played and replayed as the artwork in formation.

Biography:
Giles Askham founded peterborough digital arts in 2003 and curated its award winning programme for two years, working on exhibitions such as Freefall, Lovely Weather, Re:Thinking:Time, and Sequences. Lovely Weather was an international partnership with the Macdonald Stewart Art Centre, Canada, while Re:Thinking:Time provided the first overview of experimental work created during Labculture, the pioneering artists’ residency programme developed by PVA. He left in 2005 to work independently and to study for his MFA at Nottingham Trent University. In 2006 he was lead curator and coordinator of Game/Play, a collaboration between HTTP, London and Q-Arts, Derby. Game/Play was a networked exhibition that explored playful interaction and goal-oriented gaming through media arts practice. He has written extensively for publication, including a recent essay for Playware, an exhibition held at Laboral Centro de Arte y Creacion Industrial, Asturias, Spain. He has received a number of awards, including a bursary to study for his Master’s degree and an international scholarship for the artists’ residency program Interactive Screen 07 at the Banff New Media Centre, Canada. His curatorial and artistic practice broadly explores the territory mapped out by human computer interaction (HCI). He is interested in the possibilities that technology affords us to communicate, interact, and play with one another and its potential to aid a collaborative, creative process. He has developed artworks that aim to utilise people’s playful interactions. Aquaplayne, for example, provides a space for socio-dramatic transaction; a surface as an interface. The user’s relationship is that of a significant, active participant whose engagement with the work is physical and kinaesthetic.