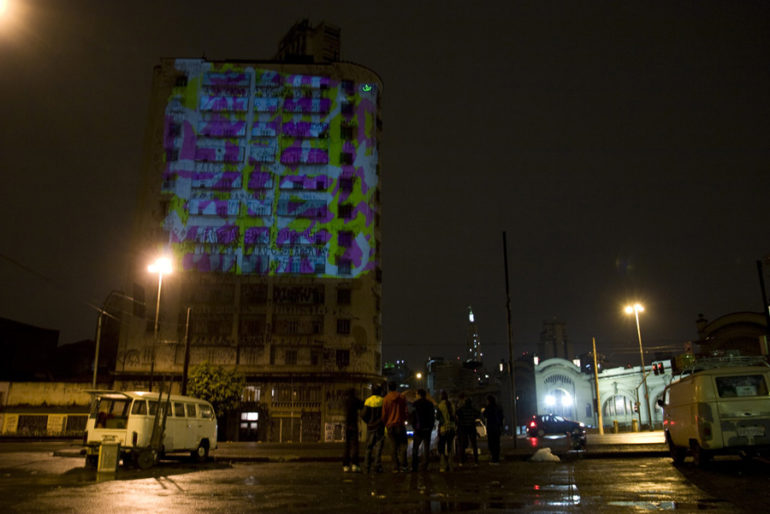 Abstract:
L.A.S.E.R. Tag is a laser pen with which one can draw entire buildings, with the help of a large-scale projector. Anyone can create sentences and drawings with this instrument, which has passed by constructions such as the Brooklyn Bridge, the Colosseum and museums as TATE Modern in London and MoMA in New York.

Biography:
The Graffiti Research Lab is dedicated to outfitting graffiti writers, artists, pranksters and protesters with open source tools for urban communication. The goal of the G.R.L. is to technologically empower individuals to creatively alter their surroundings on the scale of advertisers, corporations and the state in order to reclaim public space from both authoritarian and consumer culture. But more importantly, thousands of ubiquitous, clandestine agents have been trained, via the web, to use GRL tools and techniques to create their own public interventions all over the world. Graffiti Research Lab splinter cells have formed in Amsterdam, Vienna, Barcelona, Toronto, Tijuana, Hong Kong, Taipei, Minneapolis and Australia and the GRL NYC is honored to be New York’s elected representative to the U.S. Department of Homeland Graffiti. The GRL is a Free Art and Technology (F.A.T.) production headquartered in the County of Kings, Brooklyn, NY. We are the GRL and we approve of this message.