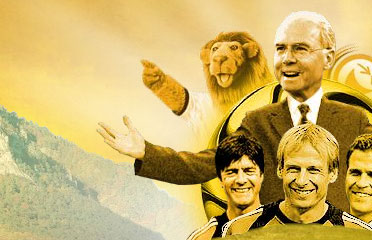 The Ball of Bastards

Abstract:
The “Ball of Bastards” concept is based on the violence associated with the football phenomenon. A website built for the 2006 FIFA World Cup will be the project’s main channel in addressing the aggression and tendency to violence of fans, as well as athletes, in the football culture. With stylistic devices like satire, sarcasm and a proper portion of irony, BoB will point out grievances but also, through comedy, relieve the user’s aggression.

Biography:
The Ball of Bastards project is run by three people: Ingo Feisthamel, Jan-Philipp Behrens, and Franz Blach. The skills of the team members complement each other. In addition to their football admiration, they associate similar ideas of design.