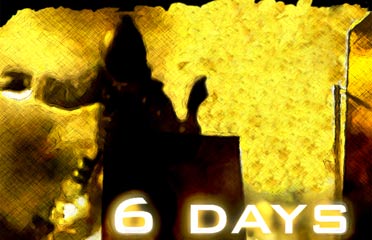 Abstract:
“Six Days” is an experimental documentary that examines the consequences of a military conflict that rages over a period of six consecutive days in a virtual game world. Through the lens of both a static and roaming ground camera, the movie captures both visceral action and a sobering body count.

Biography:
J. Joshua Diltz is an award winning, Native American filmmaker and multimedia artist. His previous works have be featured at numerous film festivals, discussed at American universities, and have achieved world-wide recognition.