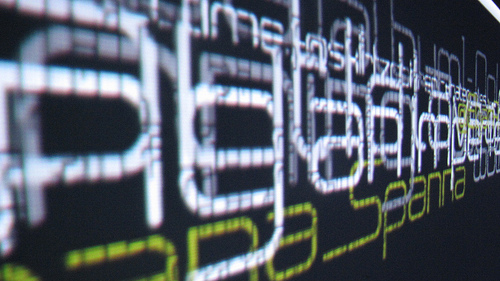 Abstract:
“Marvim Gainsbug” is a musician, singer and composer created in 2009. His main influences are Serge Gainsbourg, Bob Dylan, the Brazilian Northeastern Musician, Leonard Cohen, Joni Mitchell, Alan Turing, Deep Blue, HAL, Wintermute and Marvin, the paranoid android. “Marvim Gainsbug” is a software that acts based on Twitter, implemented to compose and to play songs, with music and lyrics, in real time. The tweets are transformed in verses which are interpreted by Marvim with his singular voice. The melody, the harmony and the rhythm are directly linked with the words of the verses. To start the song composition, the observer has only to choose the song subject from a list and say it in the microphone.

Biography:
Filipe Calegario is a researcher, musician and multimedia artist, student of Computer Science from UFPE. Member of one the 5 groups selected by Nokia Push N900, he has presented at events such as the Nokia Push Showcase and Victoria & Albert Digital Sensations Exhibition, both in London in 2010. | Graduate in Computer Science from UFPE, Jeraman is a researcher, creative developer and multimedia artist. In 2009, he was awarded with the Itaú Rumos Arte Cibernética.