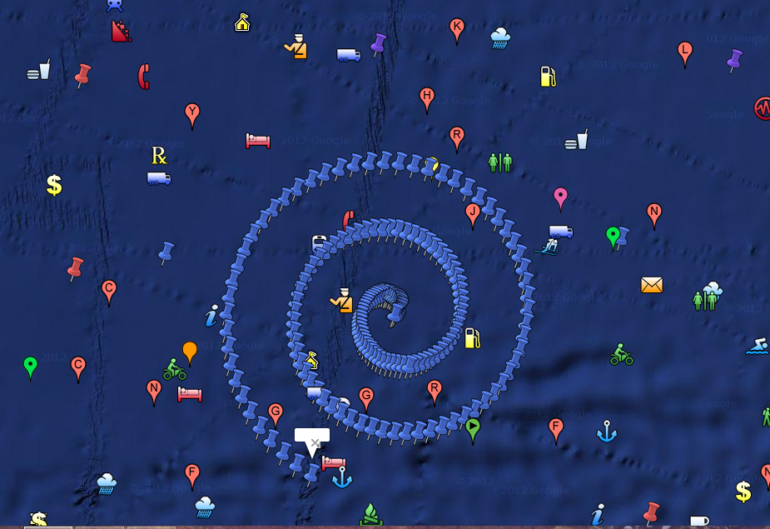 Abstract:
Mixing the new geometries one can draw on the surface of the Earth with icons as proposed by online tools such as Google Maps, exploring relations between the world we built in the Internet and our mental and physical maps.

Biography:
Jodi, or jodi.org, is the duo of the artists Joan Heemskerk and Dirk Paesmans. They started creating artworks for the Web, later they also turned to software art and artistic computer game modification. Now, they have been in what has been called their “Screen Grab” period, making video works by recording the computer monitor’s output while working, playing video games, or coding.