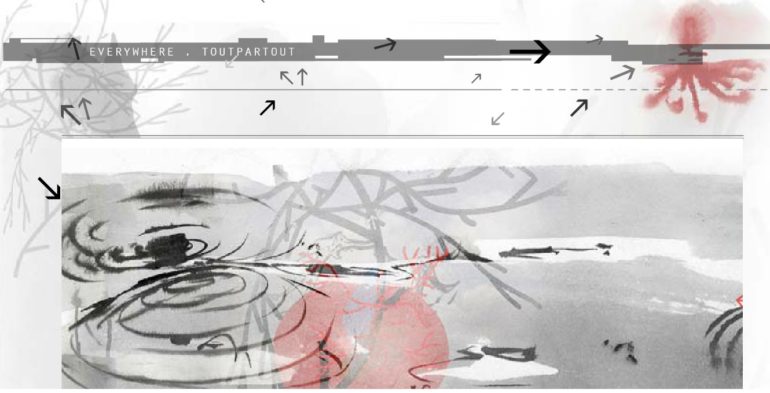 Biography:
Bill Sullivan’s career as a commercial artist began in Edmonton where he painted murals in nightclubs. When he returned to Ottawa in 1994 he bought his first computer, and after a year was hired as an Art Director for the multimedia publishers Aubut & Neadeau. His duties were to create interactive CD-Roms and large screen projections. In 1998 he moved to Montréal and continued to work in the advertising field, while in his spare time privately contracting to the television and film industry as well as writing and recording music. In 1999 Bill Sullivan, along with Jasmin Mori and Vincent Brisouis, created the group Laws of Robotics, a live video scratch performance group utilizing computers. They have performed at some of the largest raves in Montréal as well as on national television and have been featured in international electronic music festivals for their innovation in creating software that allows them to manipulate video in the same fashion as a DJ scratching a record. He created in duo with Johny Ranger the Web Art pieces The Fabric of Reality for the Biennale d’art contemporain de Montréal 2000 and Everywhere/Toutpartout in 2001 for the New Museum of Contemporary Art in New York. Johnny Ranger is a video and visual artist. Trained in Interdisciplinary Arts (UQAM), since 1996 he has elevated VJ’ing to an immersive, tactile art of audio-visual complexity. Working with installations, DVD, the Net, improvisational contexts and live multimedia performances, he has exhibited and performed at Ars Futura, the Montreal Biennale, New Museum (NYC), FIVA and in cities worldwide, working with MomentFactory.com, EpsilonLab & mix_sessions @ the Society for Arts and Technology (SAT).