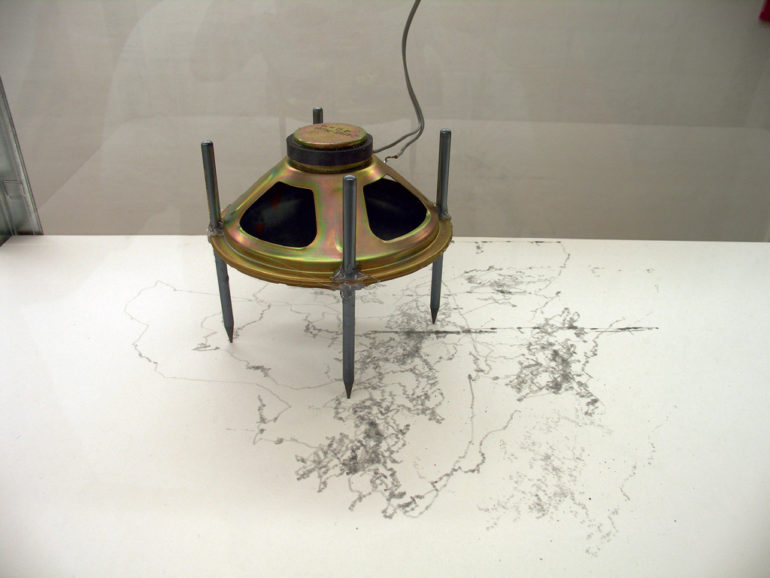 Abstract:
A very direct visualization of sound. To utilize the physics of sound to create “animals” that will leave a trace depending on the sound fed to them. The work originally consisted of two metal shelves, shielded with plexiglass. The “animals” in each “terrarium” are created from raw speaker units mounted with graphite sticks and animated by low frequencies from 5 Hz to 50 Hz. Since then the work has been shown in different formats, most notably one where three speakers share a wooden platform on which they can “fight it out” in order to speak.

Biography:
Lars Lundehave Hansen has been working in the fields of ambient/ drones and noise for the past 14 years – as a sound artist, enthusiastic promoter of and dedicated performer in these fields. The usual works of Lars L. Hansen are often constructions, making a point of being constructions, that emit or react to sounds or noise. An attempt to explore the relations between timbre / room and action / reaction. Lars L. Hansen graduated from Jutland Academy of Fine Arts in 2006. Here he received the award of distinction for his work with sound in artistic contexts.