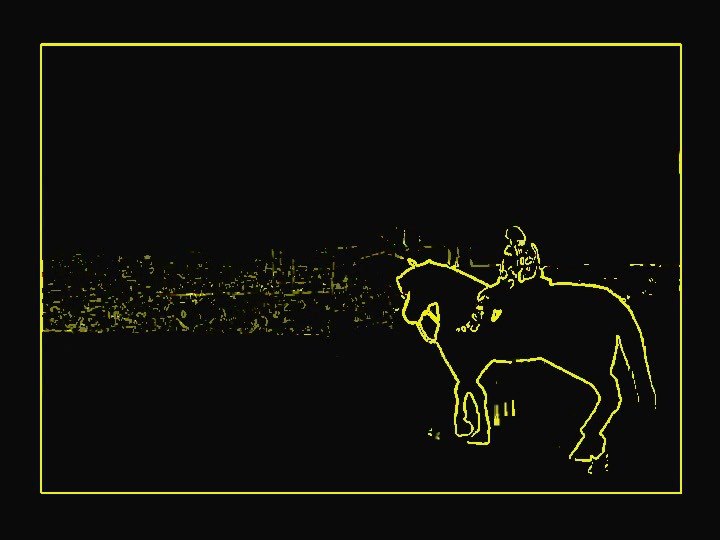 Abstract:
Directed in 2006 from Shadow of Colossus, “Chevauchée Nocturne” (Night Ride) retains only the lines of shapes, using two colors, black and yellow, which allows the extreme customization of the work. This machinima also refers to reality by the appearance of two turns away in silence. Music and sound are very important and both participate in the rhythm creating the expectation as any dialogue is deleted.

Biography:
The Riches Douaniers are two artists who joined in 2000 to work from video games (virtual exhibitions, image creation, story of a hero on the internet web concerts). They have made machinima, films and short films since 2005. They get awards at Machinima Festival in New York in 2008 and participated in numerous other festivals (Manila, atopic, ARSGAMES, …). They also give lectures about their art and machinima. Their latest feature has been played live by the orchestra of Dijon.