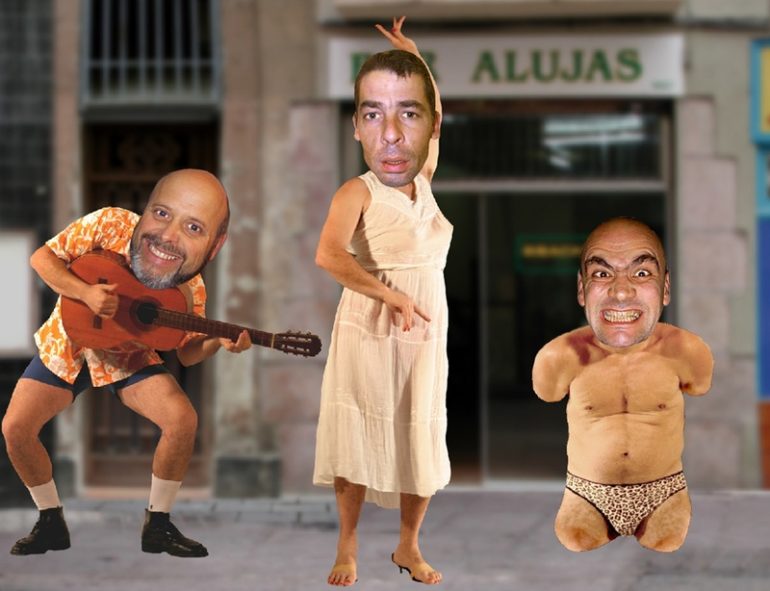 Abstract:
The identification system used by theater, movies, literature and art in general is tied up to the description of characters, through which we immerge in their history as spectators. In spite of being physically distant from the character, for a few moments we feel part of him or her. Thus, we make ours the doubt of Hamlet in Shakespeare’s tragedy, or we identify with the madness of Cervantes’ Don Quixote. Frequently I think of what would it happen if that identification allowed us to live, from our physical identity, some of those roles. To live those extraordinary stories from within our skin. The Tantal installation contemplates that possibility. Technically, Tantal consists of a device that allows to capture an animated sequence of faces of the spectators who so wish it. Those images are processed by a computer system that joins the captured faces to the bodies that create action in previously prepared films. Those films are projected on a screen. The interface users’ faces become actors through the virtual bodies of the film; the spectator moves from the private range to the public one. The film scenes show random, changing events, that sometimes represent extreme and forbidden actions, others grotesque and ironic. The stories show and criticize some of the themes of the present censorship: the physical violence, the body’s shape and sexuality. Tantal proposes a mechanism that moves us closer to what I call Ephemeral Identities. The ephemeral identities would be those that would allow us to live, in a fleeting way, a new identity; maybe one of another species, maybe an insect, or, why not, a fantastic identity as the Mermaid or simply another human profile. Those new ephemeral identities should propose new experiences, and therefore new forms of knowledge.