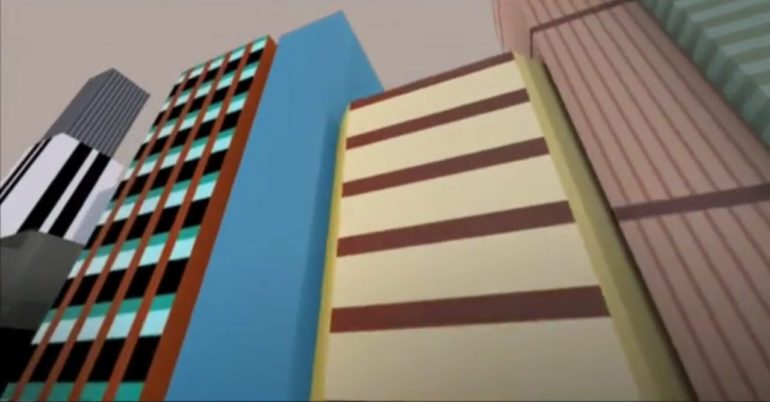 Abstract:
One is a visual journey into music. An electronic sound wave, growing as the drum beat increases, turns into a colorful metropolis of skyscrapers that rise and fall like pistons. Two skyscrapers detach from the ground and take off into an ecstatic flight of freedom, discovering new dimensions. (Created with Maya.)