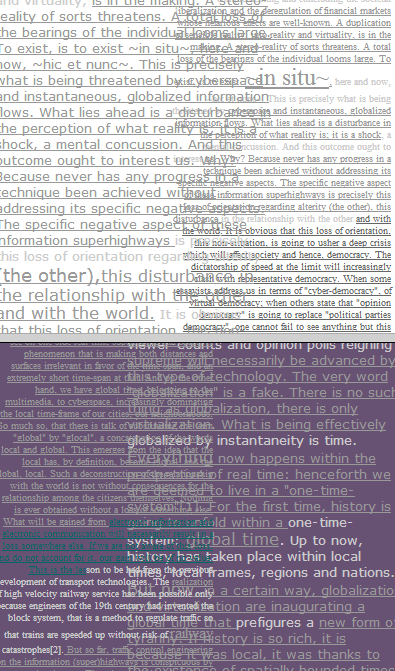 Abstract:
Untitled city is an interactive “hypertextual” city in the web, inspired by the texts of paul Virilio ” Speed and Information: Cyberspace Alarm”. It is a city without name, information ( text, color, direction… ) move by the screen. The user interacts through infinity of random connections that, in a chaotic navigation, assumes the rate of the same city, of the great avenues, the communications. This city of the information, with murmurs, sirens, beats of heart, sounds of machine gun or the difficult breathing of which “it circulates” could be anyone, without title…