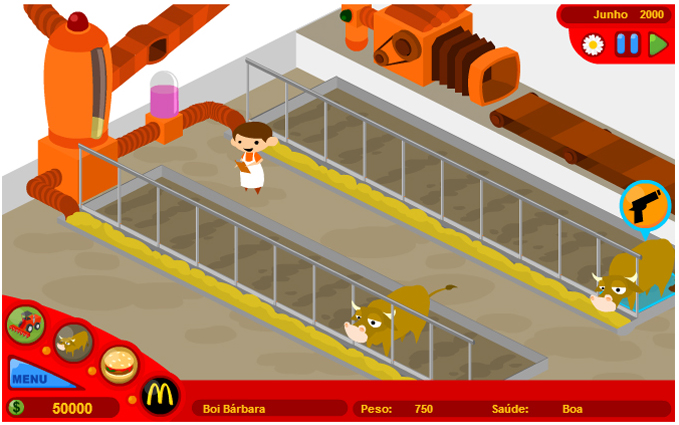 Abstract:
The game requires the player to learn and master all the complex techniques of the biggest fast food corporation. Players have to bribe South American officials for the rights to clear rainforests for cattle and soy; to manipulate the employees to achieve the highest profits and so on. All the paradoxical stages of exploiting and the crossed responsibilities for the unavoidable continuos grow are monitored.

Biography:
Paolo Pedercini’s work deals with the relationships between electronic entertainment and ideology. He often works under the project name “Molleindustria” producing experimental video games addressing various social issues such as environmentalism, food politics, labor and gender. Molleindustria’s games reached millions of players thanks their accessibility and to the viral diffusion of content on the net. He is currently a visiting in the School of Art at Carnegie Mellon University.