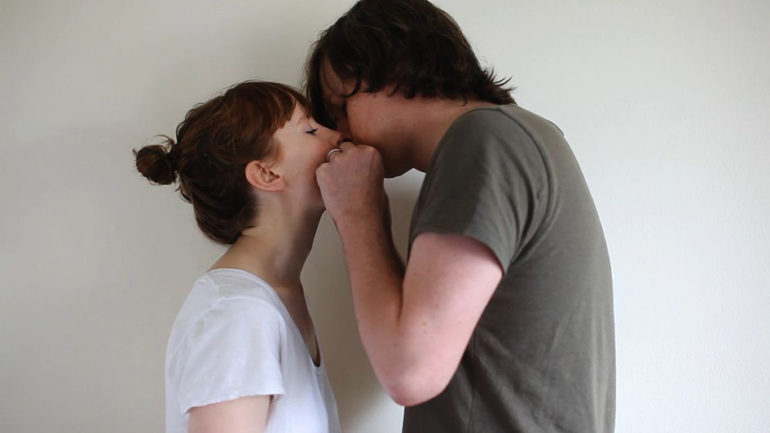 The Language Between us

Abstract:
The Language Between Us draws on my ongoing interest in language acquisition. After living in Norway for the past few years and learning Norwegian for my partner, I am interested in the appropriation of words; how one can take a language (foreign, patriarchal or mother tongue) and make it one’s own. This self-portrait, performance video can be contextualized in relation to Russian psychoanalysis Mikhail Bakhtin’s idea that language only exists in the interaction with the other and it is within this exchange that meaning is created for the individual. The process of taking on another’s words can be difficult; it is through trial introjection and projection that the self emerges. The results of the process of acquiring a language have similar repercussions on a sense of self, which are played out on the body. This video is not a documentation of a performance, rather performance for the camera, exploring putting process on screen.

Biography:
Nina is a Melbourne-based artist who works predominantly with video, performance and photography. With a strong research based practice Nina’s work explores language acquisition and it’s repercussions on a sense of self (identity) in a globalised world, drawing on her own experiences of living in Norway and learning Norwegian. Nina has recently completed a Master in Fine Art (Research) at Monash University in Melbourne and has exhibited nationally and internationally including One Night Only- Oslo, INSTITUT FÜR ALLES MÖGLICHE- BERLIN, Experimenta- Speak to me- 5th International Biennial of Media Art and has received various grants and awards, such as the City of Melbourne young artist grant and the Australia council for the arts ArtStart grant.