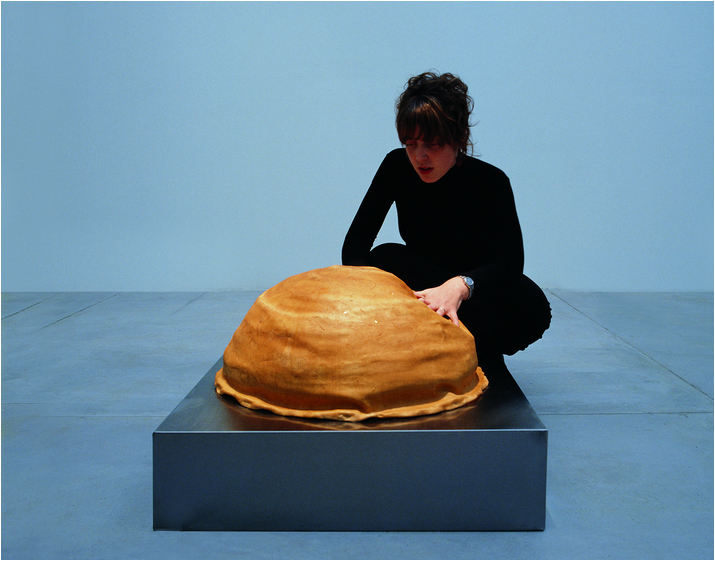 Abstract:
Alexitimia: an autonomous robotic agent Alexitimia (from the Greek): a = prefi x meaning lack; lexis = word; thymos = feelings or emotions Alexitimia is the manifestation of a defi cit in emotional cognition. The terminology is a clinical construct that describes the behavior of someone who is mostly unaware of his feelings, or does not know what they signify, and hence, is not able to talk about their emotions or their emotional preferences. In this sense, alexitimia as a disruption of both affective and cognitive processes, could be the cause of psychosomatic or somatoform reactions. Alexithymic beings are incapable of verbally expressing mental confl icts, and therefore they express them through the body and its somatic functionality. In this way, instead of fi nding a means of symbolic expression mediated by words, the agent releases the emotions translated in some kind of “organ language”. For this reason, Alexitimia is the name I decided to give my “autonomous robotic agent”, whose behavior is analogous to the process of sweating of the human skin. This alexithymic agent has a very unusual and ambiguous behavior for a robot and, as a result, does not seem to be a powerful machine with equally powerful software housed in a mobile body able to act rationally on its perception of the world around it. On the contrary, Alexitimia is a robot constructed defi nitely without a clear function, a clear utility and consequently, clears motivations or goals to achieve. This autonomous robot was made to propose an ironic position different from the view of an agent as a “competent system of autonomy and determination”. As a result, its purely somatic behavior does not show clear motivations or specifi c intentions of action. Created with an organic appearance made with soft and fl exible materials, this alexithymic robot was designed as an irregular semi-sphere of large dimensions that remains immobile on the fl oor of the showroom. This robot cannot move around the space, it cannot see anything and cannot emit sounds; neither can it detect any voices. However, it can interact with the spectators through its somatic self (his body). With the intention of showing a holistic approach to the hardware/software dichotomy that seems to be the echo of the previous and more primitive Cartesian duality of mind/body, this robot, without any anthropomorphic aspect, interacts and communicates with the environment only by a tactile way of perception. Therefore, using its “artifi cial skin” as an interface, the corporeal scheme of this robot begins to sweat when somebody (a spectator) touches it. I have decided to construct a robotic sculpture whose paramount characteristic is to have a purely “corporal language” that as any non-verbal communication is not always rational or logical. On the contrary, it is a group of signs that are more complex than verbal language and with a wider content to express meanings intentionally and unintentionally. Consequently, in Alexitimia, the robot’s “body” occupies a hegemonic place and in contrast to an “Artifi cial Intelligence”, proposes an “Artifi cial Corporality” that functions fundamentally as the interface of the piece, as its materiality and its form.

Biography:
Paula Gaetano Adi (born in San Juan, Argentina) is an artist, educator, and researcher working in sculpture, performance, interactive installations, and robotic agents. With a particular focus in different performative modes of art making, her work is an attempt to promote bodily inter-species \ inter-cultural live encounters, and explore the effects and ‘affects’ of different discourses in technoscience.