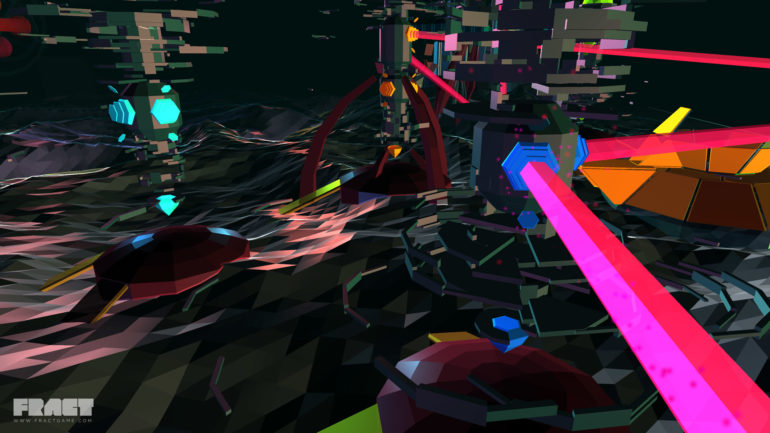 Abstract:
“FRACT” is a first person adventure game for Windows & Mac much in the vein of the Myst titles, but with an electro twist. The player is let loose into an abstract world built on sound and structures inspired by electronic music. It’s left to the player to explore the environment to find clues to resurrect and revive the long-forgotten machinery of this musical world, in order to unlock its’ inner workings. Richard originally developed “FRACT” as a prototype for a final independent project for studies in Game Design, then continued working on “FRACT” after finishing. The beta/demo was submitted to the International Games Festival (IGF), and won the award for Best Student Game at the IGF/GDC in March 2011. FRACT is being expanded to a full release for early 2012.