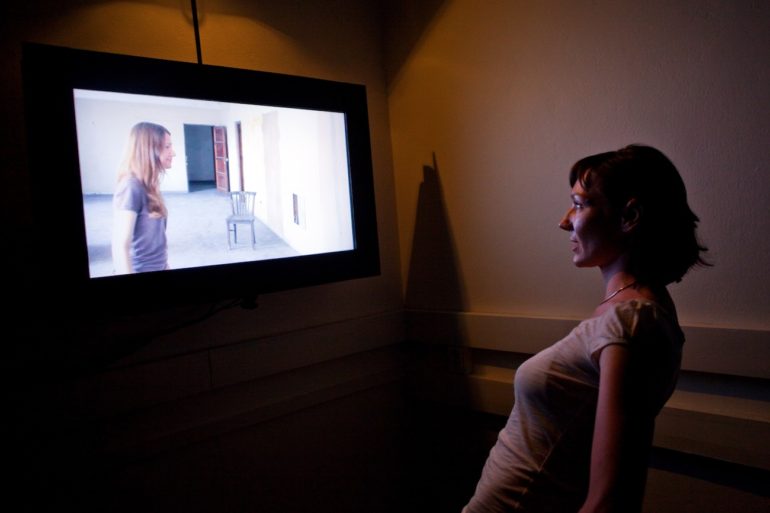 Abstract:
“Frame Seductions” is an interactive work that explores the intimate but volatile relationship between humans and the video frame by creating an immersive and magical space that lies beyond the traditional borders of the screen. In the language of cinema, hors champ (out of scene) is considered to be the space and time of the filmic world outside of the range of the camera, in other words the diegetic continuum. This project explores the concept of looking outside of the video frame. As people turn their head to the left or to the right the image on the screen will follow their gaze beyond the confines of the frame. Viewers will then be able to access material outside of the initial frame, blurring the boundaries between the frame and the hors champ. Lurking in the sidelines of the original image, various mundane but provocative scenarios are playing themselves out much to the surprise of the viewer.

Biography:
After years of juggling parallel interests in technology and the arts, Proske tired of the schizophrenia and finally discovered that it was socially acceptable, in fact highly desirable, to merge the two. His background in music, engineering, literature and performing arts has provided him with sufficient options to keep himself perpetually occupied in a self-inspired quest to weave together several unrelated threads of activity. The result – art and confusion.