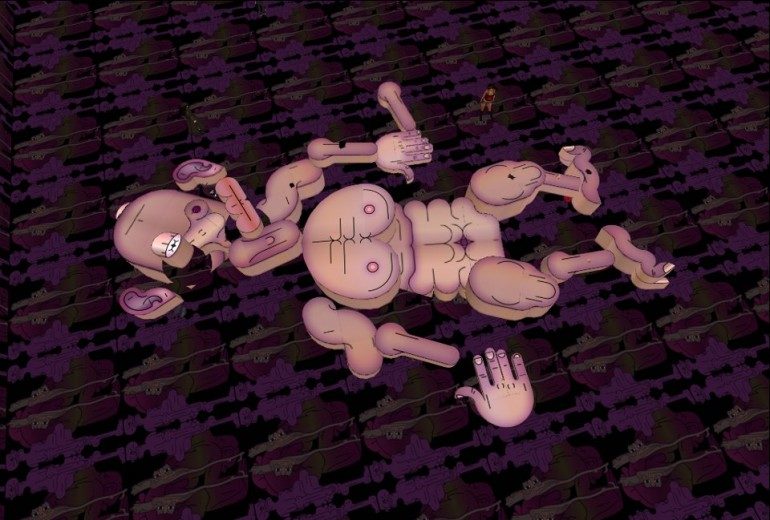 Abstract:
“Big Psomm 2” is a documentary movie about an experimental event, which has happened in Second Life where participants had to choose between especially created avatars and become them. Each avatar was a piece of one giant avatar and its parts weren’t realistic or easily recognizable what made the task harder to accomplish. Spontaneously the participants became a team, or teams, in which every single person played some different role, because of his choice of body part avatar and his behavior. Big Psomm’s moving parts, their talking and efforts to become one, isn’t it an illustration of a common state of the mind and the body? Hundreds of thoughts, conflicted body feelings and needs, dissociation of consciousness, every single one is Big Psomm.