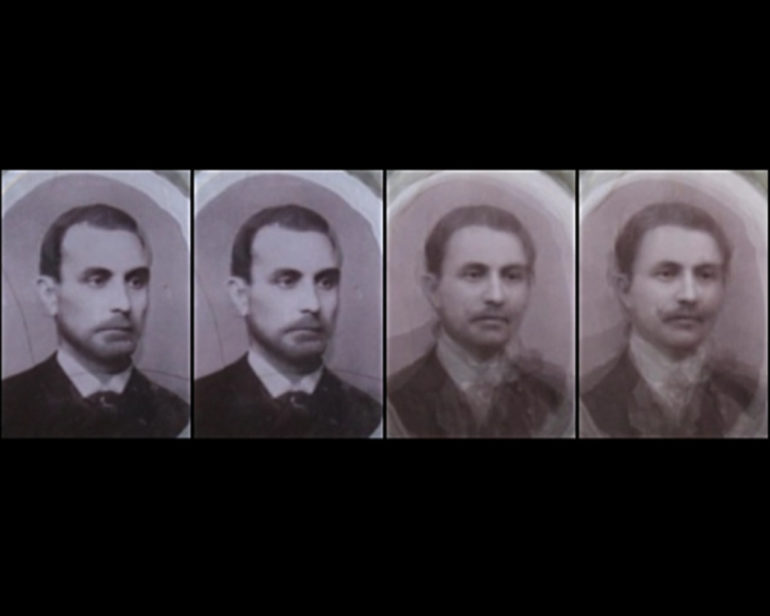 Abstract:
The work is based on morphing a series of 16 portraits found on gravestones in Belgium. The half-way results of the first morph are morphed into eachother again. This process is repeated until one generic face emerges that just seems to be looking from right to left very slowly, hardly noticable. This face, because of the removal of creases in the old skin of its ‘parents’ and the merging of the photoframes as some sort of aura looks like a young ghost-like figure. The complete work consists of 16 HD video’s that all show incremental steps of the same morph and can be played in a synchronised fashion.

Biography:
Remco Roes (Netherlands, 1981) graduated as an architect in 2007 and has since then been working on the edge of the disciplines of architecture and art. Currently he is attending the post-graduate program Transmedia at Sint Lukas in Brussels. He works based on photo and video, often complemented with a spatial element when presenting his works. As themes he explores meaning, language and the human condition often related to the urban environment.