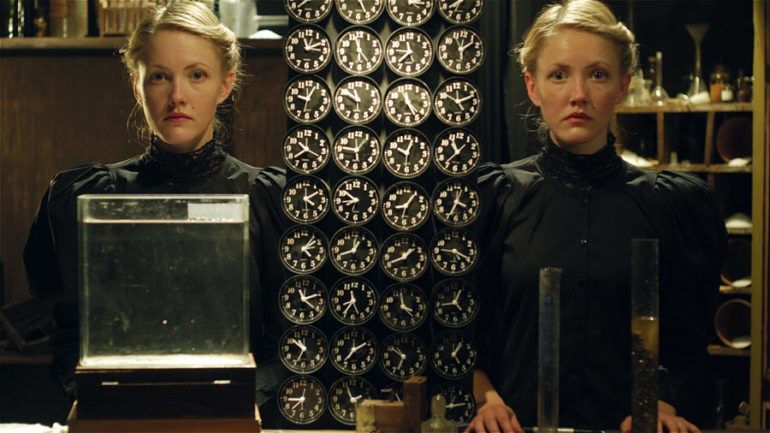 Abstract:
“Six Easy Pieces” is the last part of the Secrets Trilogy; a three-part cycle exploring the imperceptible conditions that frame life and is preceded by Secret Life (2008) and Secret Machine (2009). The work is based on the book “Six Easy Pieces: Essentials of physics explained by its most brilliant teacher” by Richard P. Feynman, and the concepts: “Film is the Seventh Art” – Ricciotto Canudo and “Music is the pleasure the human mind experiences from counting without being aware that it is counting.” – Gottfried Leibniz Reynold Reynolds deconstructs film as the perfect synthesis of art and technology and the process of capturing, recording and bringing it back to life. The work connects art and science, focusing on space and time and romantically refers to an age when artists and scientists had similar concerns and were often one and the same person. Philosophically and scientifically, the concept of time has been extensively discussed and investigated, yet its real nature remains still unresolved; it has proven more mysterious and profound than life itself, but where the scholar fails, the artist dares tread.

Biography:
Reynold Reynolds was born in 1966 in Central Alaska. During his undergraduate schooling at the University of Colorado at Boulder, Reynolds studied Physics receiving a Bachelor’s degree under the professorship of Carl Wieman (Physics Nobel Laureate 2001). Changing his focus to studio art he remained two more years in Boulder to study under experimental filmmaker Stan Brakhage. After moving to New York City Reynolds completed an M.F.A. at the School of Visual Arts. In 2003 Reynold Reynolds was awarded the John Simon Guggenheim Memorial Foundation Fellowship and in 2004 invited to The American Academy in Berlin. In 2008 he received support from the German Kunstfonds to develop two projects in Berlin. Reynolds has received numerous awards for his film work, including the Festival Award for “Secret Life” at the European Media Art Festival Osnabrueck, 2008, the ’09 Distinction Award for “Six Apartments” at Transmediale Berlin and Mention spéciale du jury, “Last Day of theRepublic” at Videoformes, 2011.