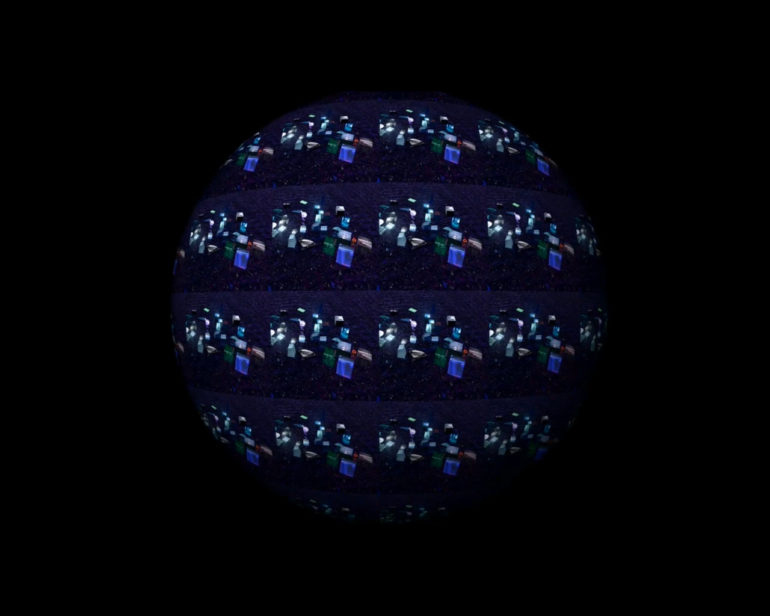 Abstract:
“Oceanics” is a short film that moves the viewer through darkened yet illuminated space. Spheres and cubes are textured with film clips, graphics and the artist’s digital collages. These 3D models reflect scientific graphics that show climactic phenomena. There is no linear narrative as such more a collection of the artists’ imagination and experience of ‘the everyday’, forming a subtle fusion of private space and public information. The Ocean is presented in a number of ways, such as 3D simulation, media news bulletin and clips of mobile phone video.