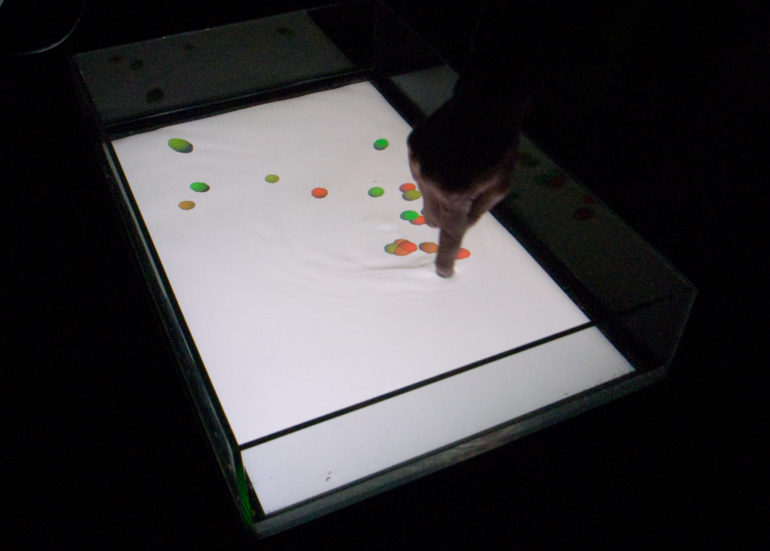 Abstract:
This project is a tangible interactive installation called Pondang between virtual creatures in an artificial pond and human beings. Before realizing Pondang, I had reminisced about my childhood memories. In my childhood I have experienced to keep plopping with my hands in a pond. Since they inspired me, I have conceived the idea of an artificial pond in order to be able to dip my fingers in the water. Originally, Pondang means in Korean a plopping sound into water, such as “plop, plop.” Pondang introduces new concepts and new technologies for tangible interaction between virtual creatures and information gathered from various physical interfaces in water. The virtual creatures are emphasized autonomous behavior and created within a computer. Therefore, audiences can have new experiences through the project.

Biography:
Seokhwan Cheon is an artist who uses video, sound, physical computing and robotic technologies. He is also an electrical engineer. His research focuses on the cognition of humans, machines and virtual things. According to differences in cognition of objects, he would like to show mediated messages among the objects and results depending on cognition of the objects in the aesthetic aspect. Currently he is completing an MFA degree in Media Study at SUNY College at Buffalo.