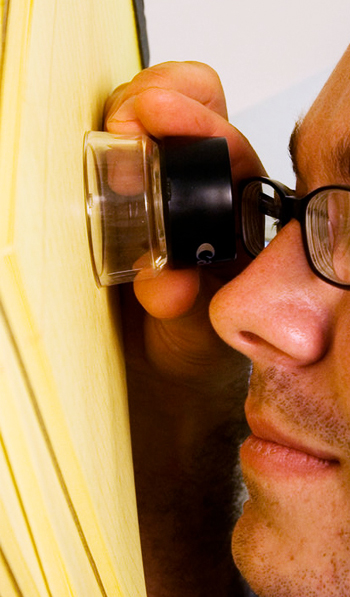 Abstract:
“Notepad” is an act of protest and commemoration disguised as a stack of ordinary yellow legal pads. Each ruled line, when magnified, is revealed to be microprinted text enumerating the full names, dates, and locations of each Iraqi civilian death on record over the first three years of the Iraq War. A printed edition of 100 notepads, was covertly distributed to US representatives and senators, as a sort of Trojan horse, injecting transgressive data straight into the halls of power and memorializing it in official archives. SWAMP is now working on a new edition that takes into account the American incursion into Afghanistan and the disclosure of confidential information by WikiLeaks.

Biography:
Matt Kenyon is an artist and educator who focuses on critical themes addressing the effects of global corporate operations, mass media and communication, military-industrial complexes, and general meditations on the liminal area between life and artificial life.
SWAMP (Studies of Work Atmosphere and Mass Production) was founded in 1999 by artists Douglas Easterly and Matt Kenyon who collaborated from 1999 through 2012. Kenyon now runs SWAMP solo in addition to being an Associate Professor in the School of Art and Design at the University of Michigan in the United States.