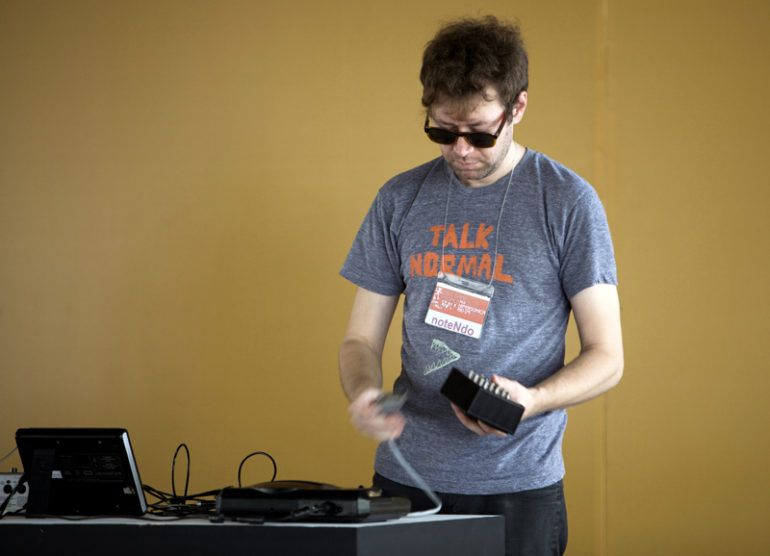 Biography:
Jeff Donaldson began working with prepared NES consoles back in 2001 with the intent to create animation entirely with his own hardware hacks. There is no new code involved, only raw, machine logic. This work has led to international recognition in new media art and a continuing pursuit of the untapped potential of rewiring consumer electronics to create fresh, new work. In addition, noteNdo has recently begun digging into LSDJ, writing his own brand of 4bit dance crunch for the Nintendo Game Boy.