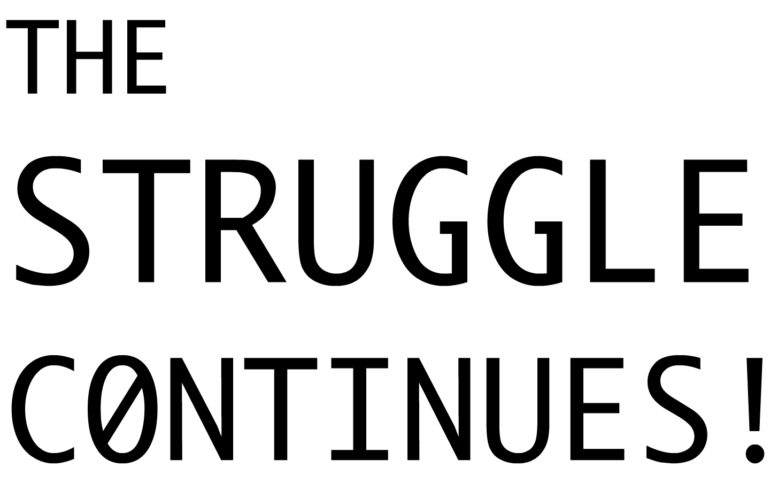 There’s a lot of interest in your work these days from many quarters – art world, literary world, programming world… What do you call what you do? We combine text with jazz to create Flash pieces. It’s a simple technique that shuns interactivity, graphics, photos, illustrations, banners, colors, and all but the Monaco font, and at the same time cuts across the lines separating digital animation, motion graphics, experimental video, i-movies, and e-poetry. To us, though, it’s web art. Can you talk a bit about historical influences? Well, we are writing in three different languages – English, Korean, and French. (We collaborate with others when it comes to other languages.) Each one comes with a full baggage of history and culture. Language is the essence of the Internet, the real gateway to using the web. To write, read, and chat in English on the Internet is to implicitly justify a certain history. Certain governments don’t ban or burn books anymore, they prevent the access to the web, meaning they justify a different history than the one we do by using English. So our choice of language is probably the biggest historical influence on our work. How about specific literary influences – or art and artists – how do they figure into your work? Well, DAKOTA, for example, is based on a close reading of Ezra Pound’s “Cantos I” and first part of II. Of course, you don’t need to know this to enjoy the piece. Other cultural influences on our work are Marcel Duchamp, who one day decided to stop painting, saying he was tired of getting his hands dirty; Roy Lichtenstein, who found a simple artistic vocabulary, and stuck to it; and Andy Warhol, who, more than the Chinese government ever could, succeeded with his Mao portraits in putting a certain face on China. Can you help readers “locate” your work in terms of its tone? How about the “look” of your work? It’s pretty obvious that the “tone” or “voice” of Internet literature is more distant and difficult to “locate” than traditional writing. Mere book packaging tells a lot about the book and the author; browser packaging is generic. Internet writers can either see this as a problem or welcome it as a relief from the critical fashion of reading biography into every aspect of literature. As for the look of our work, we do what we can. We’ve never been interested in graphic design (a lot of web artists – and even writers – start out or double as graphic artists). There are hundreds of fonts, millions of colors, and we don’t know what to do about that. So, to answer your question, no, we can’t and won’t help readers to “locate” us. Distance, homelessness, anonymity, and insignificance are all part of the Internet literary voice, and we welcome them. Can you say a few things about your process of collaboration? We sit in front of our computers side by side on the floor of our tiny pre-World War II Japanese house in Seoul and try to ignore each other. Something inevitably comes up, and the laughs – sorry – the collaboration process begins What do you make of the critical writing out there thus far on web-based art and web-based writing? There isn’t much critical writing yet on web writing. One reason is that it’s a young medium. Another is that it’s not taken very seriously (i.e., there’s no money in it). Still another is that it’s more satisfying to create than to criticize. There’s a tendency to read quickly on the Internet. Speed is everything, and densely written texts, be they creative or critical, seem to make the reader anxious – maybe because of the phone bill. Then again, maybe another reason for the dearth of critical web writing is that there’s nothing to criticize – web writing might not be very good. *Interview to Thomas Swiss, professor of English and rhetoric of inquiry at the University of Iowa.

Young-Hae Chang Heavy Industries is in Seoul. Its CEO is Young-hae Chang (Korea), its CIO Marc Voge (USA). Its pieces present a Homeric hero searching for sublime meaning in the insignificance of a life lived anywhere but where it seemingly counts; Asian businessmen and bar hostesses drinking the night away; a man who dies and is reborn a stick; a Korean cleaning lady who is really a French philosopher; an illegal immigrant in a holding cell under the Justice Palace, in Paris; a woman who sexually embraces corporate monopoly; an evening with Sam Beckett in a bordello; an SOS from a beauty queen; a night roundup followed by an execution; a frustrated bongo player; a guy who goes to work without his pants; a girl with a Global Positioning Satellite chip sewn into her abdomen; the second Korean war in the eyes of W.G. Sebald; cultural identity; nothingness; loneliness; love in a snowy region of Japan; a guy and his girlfriend trying to get to Detroit; official North Korean policy on oral sex; eating glass; movie end credits; the Riviera; a duty-free DMZ; Saul; and more.