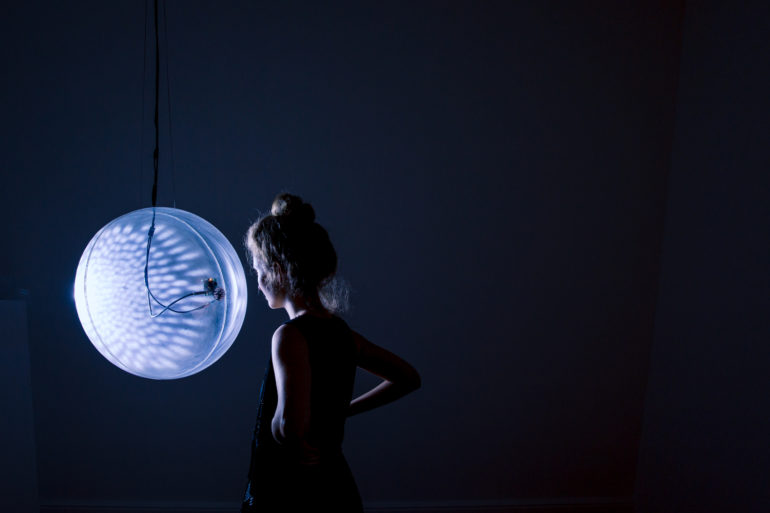 “Expanded Eye” is a sensitive, bright, and interactive sculpture formed by a gigantic transparent eye hanging from the ceiling. This eye looks at the user with an infrared camera, and projects the user’s own eyes inside the sculpture, which recognizes blinking, and generates an animation based on it. Each times the user blinks, the number of eyes in the projection multiplies in a fragmented, hexagonal and dislodged way. The purpose of this work is to expand the view of the human being, inviting them to be observed by their own eyes through a great transparent interface which multiplies the user’s view points. The sculpture seeks to look within in a magical context where perception joins self evaluation and observation.