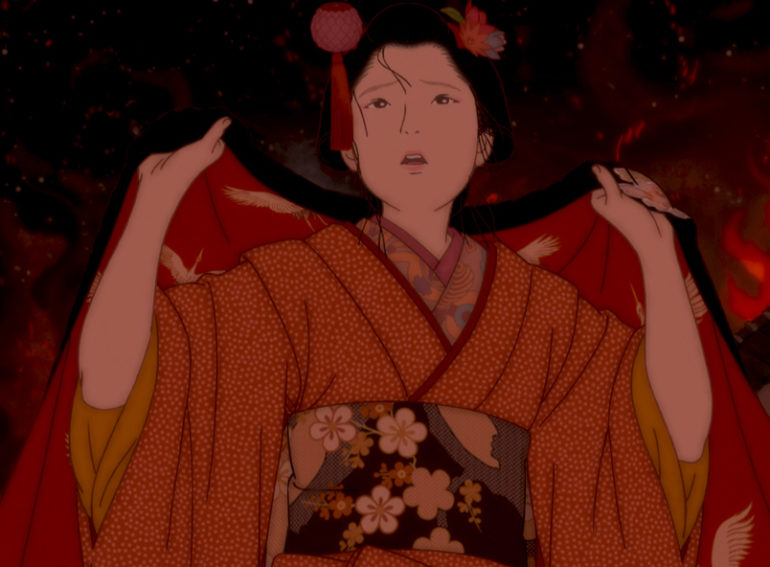 Abstract:
Set in mid-18th-century Edo (the old name for Tokyo), COMBUSTIBLE centers on Owaka, a merchant’s daughter, and her childhood friend Matsukichi. Though the two are attracted to each other, Matsukichi’s family has disowned him because he wants to work as a fireman. But just as their relationship is starting to bloom, Owaka’s family begins to move forward with plans to find her a husband. Unable to forget Matsukichi, in a fit of crazed passion Owaka causes a huge fire to break out, burning down the town. The two lovers happen to cross paths again in the midst of this blaze. The backdrop for this spectacle is one of the great fires that frequently occur red in the metropolis of Edo.